How jurisdictions can shine a light in the internet tunnel

Authored by Queen Mary University of London’s professor of internet law, this book is a quality publication from start to finish. The fantastically moody jacket image of what appear to be gathering storm clouds would not look out of place wrapped around the most expensive of works in any upmarket bookstore. A seemingly trivial detail, perhaps, in the context of such an academically detailed and well-argued text. But the image sets a mood and expectation of high standards before one even reaches the notes on the inside front cover. And I am pleased to say that the 485 pages which then follow deliver on that promise from the off. 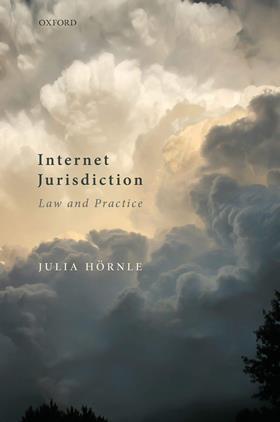 The reader is given a thorough foundation course in the concept(s) of ‘jurisdiction’. The various approaches taken by the EU, UK, US and Germany (in terms of balancing territorial sovereignty and jurisdiction against the reality of ‘the territorial detachment of the Internet’) are analysed in just the right amount of detail to avoid the risk of information overload. Detailed chapters explain the different principles, laws, regulations and procedures adopted by nation states in the areas of: criminal jurisdiction (including digital investigation and enforcement cooperation); the regulation of data protection; civil and commercial disputes and enforcement; internet jurisdiction in the US; consumer protection; and intellectual property.

Rule changes at national level will not, the book argues, be sufficient to help save the current inconsistencies of approach identified, with the resulting uncertainties inevitably created. What (it is claimed) is needed is the three-pronged approach of international coordination of jurisdiction with transnational enforcement cooperation; geo-location and geo-blocking to ‘counter some of the negative effects of jurisdictional issues’; and the development of complementary self-regulation as a form of private regulation, enforceable across national borders.

It has to be acknowledged that a degree of uncertainty around jurisdiction does not seem to have particularly hampered the growth of the internet to date. It has done quite well for itself, by all accounts. But similarly, it has to be accepted that the same uncertainty often provides dark corners in which the less desirable elements of all societies across the world are happy to dwell and prosper, usually at the expense of the rights or wellbeing of the less fortunate in those societies. Against that background, the light which appropriate jurisdictional reform of the type argued for in this book could possibly shine into those dark corners can only be a good thing.

Academic arguments aside, this book should serve equally well as a practitioner’s ‘go-to’ text, given its clear, staged explanations of key concepts and the vast amounts of referenced source material.

It is certainly not just a pretty cover.