How Roe v Wade fuelled the debate on privacy

Beyond Abortion: Roe v. Wade and the Battle for Privacy

How far the legal right to privacy extends, and the need to balance it with the interests in selling newspapers and organisations’ desire to keep files on everyone, occupies courts on both sides of the Atlantic.

Roe v Wade was a decision by the United States Supreme Court in 1973 on the constitutionality of state laws that restricted abortions. The court decided by a majority that a right to privacy gave women the right to choose to have an abortion, but that this right must be balanced against the state’s right to regulate abortions by protecting women’s health and viable human life. The court decided the law was to be applied differently in the three periods of pregnancy. During the first trimester, a woman has the unfettered right to terminate the pregnancy. In the second, the state could regulate (but not outlaw) abortions in the interests of the mother’s health. In the final trimester, the foetus was viable, and the state could only outlaw abortions when necessary to preserve the life or health of the mother. 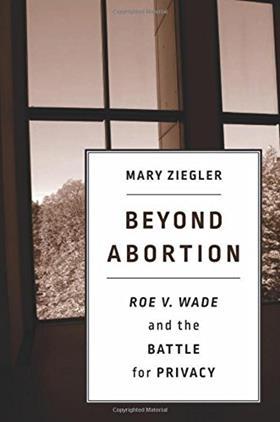 The thesis of this book is that the right to privacy established in Roe had an extensive effect on other areas of an individual’s rights, such as sexuality, right to refuse psychiatric and other medical intervention, and the right to die. At first glance, it would seem logical that if a woman has a right to make decisions about abortion then any person should be able to refuse medical treatment and make decisions on the whole of their private life. Should this extend to allowing access to medication of doubtful merit, or compelling governments to fund the exercise of private rights? Does it extend to conscientious objection to armed service, or ending one’s own life?

It is interesting for lawyers in our jurisdiction to contrast and compare the two systems. I found the discussion on mental health law interesting and noted that psychiatric legislation in the US has swung like a pendulum in response to notorious events, as it has done in this country.

It is a well-researched and interesting argument but not always completely compelling. Roe may have been argued in many cases but the success of those arguments is less convincing. One person’s right to their own privacy might lead to a nuisance to others or a source of danger.

As is often the case with books like this it is the details the makes it interesting. COYOTE is an acronym perhaps we should hear more of. It stands for Call Off Your Old Tired Ethics. Having said that the pursuit of life liberty and happiness is fairly old and perhaps weary.

This is an interesting addition to the debate on rights, where they originate from, and how we balance competing interests.