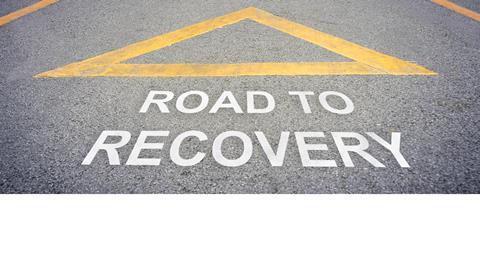 Life after a breakdown

This Too Will Pass

’Learning a little more about mental health and illness has been a key part of my recovery,’ former City solicitor Richard Martin concludes in his highly personal account This Too Will Pass. He uses that ‘learning’ to orient the reader through his story.

Martin was an employment lawyer for 20 years, latterly a partner with growing responsibilities – for colleagues and line reports, for the firm as a business, for his family and for voluntary activities. By his account he had plenty of love, was well-liked and respected, and financially very well-rewarded.

All of which is a great height from which to descend. Rather than recognise the signs that what he had taken on might precipitate a fall, he recalls the conviction that he always had to say yes to more demands. Then he sees a life coach – provided by his law firm to help him prepare for a promotion and new responsibilities.

‘But what I want to know, Richard, is what do you want?’ the coach asked. ‘And I just did not understand the question,’ Martin recalls. ‘It didn’t take long for the cracks to start appearing. I think that conversation was in my fifth session with the coach and I never made it to the sixth. I went away with the family for the May half-term holiday to France and I never went back to work again.’

He relates a history of what he calls ‘funny turns’, that he can at first push away, but which had the capacity to overwhelm him at times. A dramatic panic attack returning from that half-term in France leads him to his GP, who identifies anxiety as one of Martin’s problems.

The book draws heavily on a written record of his experiences. ‘I have blown a fuse. My brain and body are not functioning properly… I am scared. I do not understand what is happening,’ runs one entry.

He describes therapy at the Priory, which ‘did not cure me’ but stopped him getting worse, and he provides insights into the cognitive behavioural therapy and medication his treatment entails.

Others have reflected on the role that the pressures of ‘Big Law’ play in the profession’s distinctly chequered record on mental health – a record it has started to confront only recently. Martin does not blame law as such, but such pressures are presented as acting like a magnifying glass over his character, his responsibilities and the formative experiences of his life.

‘Law firms,’ he writes, ‘have this uncanny ability to keep you forever unsatisfied, striving for something just out of reach.’

Martin reflects that he has not led us to a happy ending where life is back as it was. But he says he can offer ‘hope’, and that in his experience: ‘It is much easier to be yourself than to try to pretend you are something else.’

This Too Will Pass is a very good contribution to an important conversation.

Eduardo Reyes is features editor of the Gazette