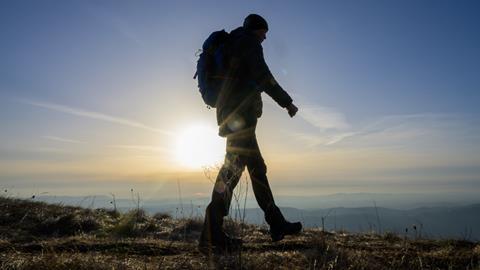 Missing: and a Collection of Other Thought Provoking Short Stories

Missing: and a Collection of Other Thought Provoking Short Stories

Stephen King famously likened the short story to ‘a quick kiss in the dark from a stranger’ – brief, mysterious, almost everything left unsaid.

Like poetry, successful short stories – those that linger, anyway – give space for the story to percolate, the reader making connections from limited signage.

In this bold effort, Chris Boult, a retired probation officer, produces some truly striking ideas. The hiker, victim of a mysterious malaise, who simply keeps walking. A wife with a wandering eye, framing her husband for a sexual assault. The strange connection between a melancholy divorcee and his new girlfriend’s son, which leads to a near miraculous rescue.

Yet this disjointed collection full of eerie beginnings never develops the lyric quality hoped for. Those initially arresting ideas end up overworked until they become flat – walking away from life after a pseudo-mystical experience on a mountain has the bones of a moving short story, but a melodramatic plot twist involving estranged family fails the form. There is no time to develop the tension.

As a result, the characters are two-dimensional, the stories full of exposition, the element of surprise often abandoned for description. This is hindered by rigid structuring. Short chapters, regularly only a page long, disrupt a sense of cohesiveness, constantly forcing the reader out of the narrative and into a change of view.

Most galling is the absence of a substantial pay-off in each story – the reader feels the lack of a twist or emotional feint as anti-climax, manifest in concluding lines such as ‘[n]o one else was caught in the blaze… the house it was found had not been adequately insured’.

Yet clearly this is an author who enjoys his craft, willing to experiment. The notes to a number of the stories give refreshing insight into the writer’s journey and Boult shows great ambition in tackling a difficult form with gusto.

Most powerful – emotionally and intellectually – is the introduction, detailing the author’s career as a probation officer. Measured, but full of concern, Boult comments on how attitudes and prisons themselves have changed over his decades of work. He also cautions against the de-professionalisation of probation officers following moves to privatisation and takes an enlightened position on the potential for prison as a site of reform, in conjunction with more nuanced alternatives such as community sentences.

With a command of subject not seen in the stories as a whole, and worth exploring further, the book was a pleasure to read.