More than just a reference book

From the origins of administration law traditions, as opposed to legal families, to the role of information management in the digitalisation of legal systems, this book examines, discusses and widens the understanding of a broad range of historical, contemporary, and future issues in administrative law.

Drawing extensively but not entirely upon Anglo-American and European legal orders, the book identifies similarities and differences between the way administrative government power is created and allocated, and how its control is exercised in different countries and legal systems. It further illustrates the complex relations between comparative administrative law and other areas of public law to explain, among other things, the link between administrative law and the role of public law at multi-levels of governance. 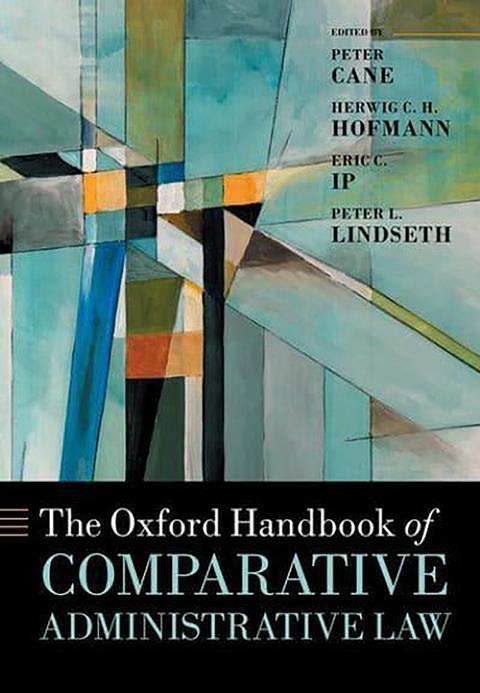 The handbook is also packed with thought-provoking facts and instructions for research. It analyses and expands methodologies and cross-system content, and serves as a guide to the study of global legal systems. The relationship between comparative administrative law methodologies and other associated fields, such as political science, is also explored in a way that promotes interdisciplinary research.

The division of the handbook into eight thematic parts is a clear and accessible way of structuring the book. From general to narrow, the funnel structure lays out a comprehensive reflection of the issues and challenges faced. Each part is made up of chapters. A practical feature is that chapters are constructed as essays, which can be read in isolation. Essays are written by leading theorists and researchers, who objectively examine the topics, and enable the reader to gain an understanding of the theoretical debates, before reviewing how these theories have been or could be applied in practice.

The handbook is not merely a reference book, it also provides a valuable insight into historical, contemporary, and novel debates and issues.

It varies in style across chapters. Most are written in an accessible manner, and make the book a rewarding read both as an account of administrative law and also as a comparative analysis of other associated fields. The book also has a didactic element. Some essays give guidance to facilitate the development of hypotheses capable of guiding further study. This affirms the handbook as an instrument of constructive learning.

The Oxford Handbook of Comparative Administrative Law will be of great interest to comparative administrative lawyers, a valuable addition for public lawyers and highly recommended reading for students.