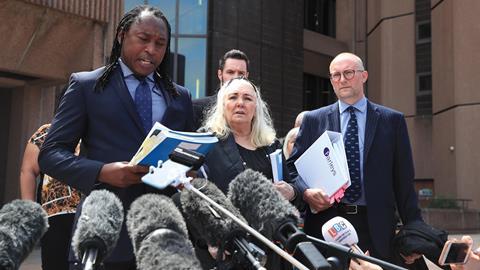 Ploughing a furrow in the field of death

Do Right and Fear No One: A life dedicated to fighting for justice

On my desk I now possess two books by Leslie Thomas QC. The first is a well-thumbed copy of Inquests: A Practitioner’s Guide, co-authored with Adam Straw QC, Daniel Machover and Danny Friedman QC. The second is Thomas’s autobiography, which I have the pleasure to review. I must register an interest at this point: together with my colleague Barry O’Donnell, we instructed him in the Birmingham pub bombing 1974 inquest which he discusses in Chapter 39.

Thomas writes that he represents the dead. In fact, he ploughs a furrow in the field of death that is the inquest system. This is an arena where violent loss is examined in a quest for truth and justice for those who can no longer speak for themselves. In many years of practice, Thomas and a small number of other lawyers have sought to contribute to and develop inquest law in the interests of the dead and their bereaved families who are so often up ‘against the state’ – the criminal justice system, the police, the judiciary, the legal aid system, big pharma, the construction consortiums.

Thomas admits to reservations about the title of his autobiography in that it could be interpreted as hubris. He points out that Do Right and Fear No One is a phrase etched on the soul of Garden Court Chambers from which he continues to practise. Second, and this is characteristic of him, he admits that in his work – toiling in the field of death – he is scared every day that he will fail others and be exposed as an imposter.

This characteristic is indicative of a lawyer who has dedicated his working life to ‘fighting for justice’. Not in a hand-wringing and self-serving liberal sort of way, but in a way which is conducted with integrity and honesty, with generosity to others and with acknowledgement of the support of others. At every turn of this book, he praises others – his family, teachers, colleagues (including those he opposes) and, most importantly, those he represents.

This tenacity and integrity comes from his life experience as a Black boy growing up in south London. This is no romantic ‘school of hard knocks’ narrative but rather a story of being ‘up against the state’ (specifically the police) and confronting racism every day as a Black person. Thomas makes Black a proper noun and not a pejorative adjective. He concludes that ‘I hope to see the day when skin colour is an irrelevance not worthy of comment’.

As the grandfather to two mixed race grandchildren both born and raised in south-east London, I share that hope. As a lawyer who ploughs a similar furrow to Thomas I would like not to attend events where 95% of the lawyers are white and 95% of the waiting staff are Black or mixed race or from ethnic minorities. To misquote W B Yeats (No Blacks, No Irish) that change ‘comes dripping slow’. But the working life of Thomas, here given in an honest testimony to a commitment to fairness and justice, is an account of a life lived for the greater good, from which he has benefited and from which he continues to give back.

Pictured above: Leslie Thomas QC speaks to the media after publication of the report of a public inquiry into the death of Anthony Grainger

Christopher Stanley is a litigation consultant at KRW Law, London