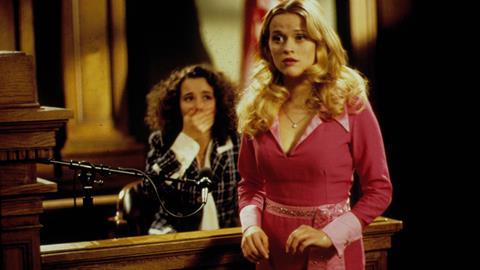 The Right To Do Wrong: Morality and the Limits of Law

In Legally Blonde: The Musical, Elle distinguishes malum prohibitum – an act prohibited by law – from malum in se – ‘an action that’s evil in itself! Assault, murder, white shoes after Labor Day’.

Wearing white shoes after Labor Day is, of course, not prevented by any law, but nevertheless something frowned upon by society types in the Hamptons. This ‘curious interplay between lenient law and restrictive morality’ is the site of study for Mark Osiel: does the possibility of public shaming delineate areas of behaviour which, while not illegal, are as a result out of bounds? Conversely, does public approval permit breaches of law?

All lawyers will be familiar with discussion of the intersections of law and morality. But Osiel takes an unusual tack. Rather than examining legal rights and their derivation (or not) from moral norms – the familiar ‘morality of law’ – he argues that paying close attention to situations where there is a ‘right to do wrong’ is more useful. Such a right may arise from expectations of lawmakers that the law does not need to regulate a situation because it is clearly one which society at large deems to be unpalatable and will therefore be prohibited via the strength of moral censure. Alternatively, though complementary, law may regulate a situation, but violations of the law are morally supported. By way of example, he considers the right to decline medical treatment (a legal right, but one which professionals may feel morally obliged to overlook and something they are unlikely to be penalised for) and the killing of civilians in war (legally permitted as collateral damage, but avoided as far as humanly possible for reputational reasons).

Osiel’s thesis is that the extralegal societal mores are a systemic counterbalance to law. This, he concludes, means that there is retained in a modern liberal society ‘a demonstrable capacity for moral regeneration’ twinned with a refusal to rely on the law for governing all aspects of everyday life. This is as it should be: extralegal restraints on rights which legislatures rely on include professional ethics and social stigmatisation; equally, where such restraints are not adequate to resist the right to do wrong, the law must either retreat or expand.

Osiel is careful to distinguish his project from the work of legal philosophers. Instead, he takes an empirical view, focusing not on what a legal system is or the application of a system to the specifics, but instead on how the law chooses what to take up. The answer appears to be the tension between common morality and existing law (from time to time), the tension being creative. Still, one cannot help but feel that further engagement with legal philosophy would place the argument on firmer ground. Its positioning as less about the nature of law and more about its coverage is, inherently, observational, and yet the nature of what becomes law depends on what one considers law to be. This does not invalidate this interesting work and no doubt academic reactions will ensue.

Tom Proverbs-Garbett is a solicitor at Pinsent Masons, Birmingham