All that remains: A life in death 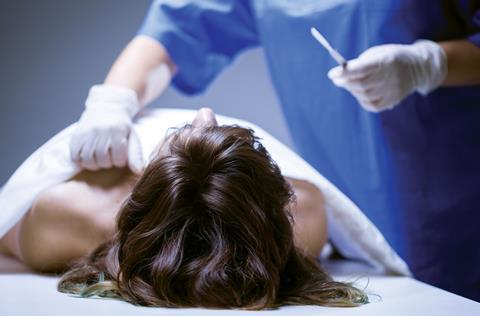 When a criminal decides to bisect a torso it is ‘usually a big mistake’ as the exposed internal organs ‘will leak copiously and create a really noxious stench’. This is forensic anthropologist professor Sue Black’s chilling consideration of the five main types of criminal dismemberment, of which defensive dismemberment – the ‘elimination of evidence and concealment of the offence’ – accounts for about 85% of cases. Another type is known as communication dismemberment which dovetails with Black’s past work as part of a British forensic team helping the International Criminal Tribunal for the Former Yugoslavia. This horror involves dismembering into small pieces the body of, say, an ethnic Albanian and sending them to other families as calling cards to discourage them from joining the paramilitary Kosovo Liberation Army.

Such macabre observations colour Black’s career in forensic anthropology, a discipline which ‘reconstructs the life led, the journey itself’, whereas forensic pathology is concerned with the cause and manner of death. Sometimes Black’s observations come under fierce scrutiny in court where ‘one side wants to prove you are the world’s leading expert and the other side wants to prove you are a blithering idiot’.

Away from the courtroom, there is much grunt work involving the identification of bodies. Such challenges are exacerbated when a body found in an isolated spot is decomposed and bereft of circumstantial evidence. No wonder most UK police forces hold ‘unidents’ or unidentified human remains. However, biological identity, comprising sex, age, stature and ancestry, are more likely to fall into place if death is recent. Other methods of establishing identification are DNA comparison, dental records or fingerprints. This work is buttressed by the UK National Criminal Intelligence DNA Database which, says Black, is the largest national DNA database in the world. While this database helps root out a suspect in about 60% of criminal cases, Black is ambivalent about establishing a national DNA database for all UK citizens. Such a move would help to solve crimes but would grate with the principles of privacy and anonymity.

Black also weighs in on the debate about assisted dying which is legal in part of the US, Canada, the Netherlands, Luxembourg and Switzerland. As Black points out, the British Medical Association fears that such a move would diminish ‘society’s trust in doctors’ even though, paradoxically, the highest level of trust in doctors resides in the Netherlands which allows assisted death. Ultimately, argues Black, the decision of when to die should not be ‘controlled by the state’.

In a very personal, compassionate memoir, Black drags us into the heart of the dissecting room with its ‘heavy glass and metal dissecting tables’, the air thick with the ‘chemical stench’ of formalin.

One of the most illuminating chapters is on how Black handles such horrors day in, day out. Here she explains how she keeps control of ‘visceral reactions’ and ‘emotional investment’ by ‘opening an imaginary door into a detached, clinical box inside my head’. As in the rest of the book, Black is nothing but scrupulously honest about her work.

Nicholas Goodman is a sub-editor on the Law Society Gazette