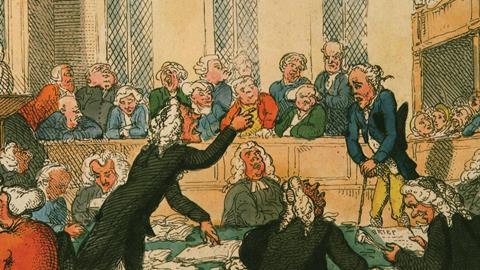 Style guide for every advocate’s shelf

Speaking in Court: Developments in Court Advocacy from the 17th to the 21st Century

Speaking in Court is both delightful and informative. The premise is simple. The art or style of advocacy as practised by barristers in England and Wales has changed repeatedly over five centuries. That change has been influenced by numerous factors which Watson explores chronologically. His work is instructive and deals with many professional issues, but it is his use of intriguing vignettes and pen sketches of the great advocates of the past that bring it to life.

The contrast between different 17th-century styles is starkly illustrated by comparison of Edward Coke, author of the Institutes and Reports, with Francis Bacon. The former’s prosecution of Walter Raleigh for treason is full of the vituperation and vicious character assassination reminiscent of the senatorial trials of late republican Rome. Bacon, on the other hand, was courteous, grave and succinct, and his language, where he could spare or pass by a jest, was nobly censorious.

The 18th century saw elements of a greater refinement and William Garrow’s mastery of precise but ruthless cross-examination was much admired and emulated by his contemporaries. Such refinement was counter-balanced by the effects of the Act of Union, when a number of Irish barristers transferred their practices to England and brought with them a well-deserved reputation for oratory, flamboyance and gusto.

In Victorian England audiences booed, cheered or hissed their favourite barristers. Courts of weeping advocates were presided over by weeping judges. Punch suggested the criminal drama at the Great National Theatre Royal, Old Bailey needed a licence. Queen’s Counsel came to blows in Chancery. At the Middlesex Sessions counsel pulling monkey faces became so enraged that the trial judge not only abandoned his court but ran out of the building.  Dr Kenealy QC’s defence of the Tichborne claimant was described as an unceasing torrent of invective and dirty, foul slime, and led to his expulsion from the Oxford circuit.

Watson briefly examines many of the great advocates of the past centuries, some of whom have faded from memory and deserve to be recalled; others, such as Norman Birkett and Patrick Hastings,  still resonate. He outlines the development of forensic advocacy, the codes of conduct, and issues including the teaching of advocacy, quality control and solicitors’ right of audience.

Intimate Lies and the Law 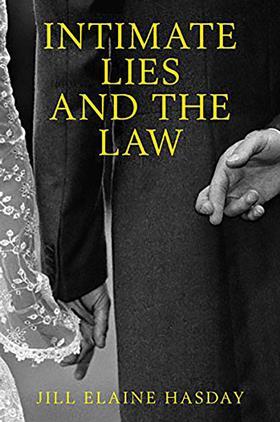 The author examines deception in sexual, marital and familial relationships and uncovers the hidden body of law that shields intimate deceivers from legal consequences. The law has placed too much emphasis on protecting intimate deceivers and too little importance on helping the people they deceive.

Courts should begin with a presumption that the law’s treatment of intimate deception will track its treatment of deception in other contexts, so deceived intimates can use the same causes of action they would have when suing deceptive strangers.