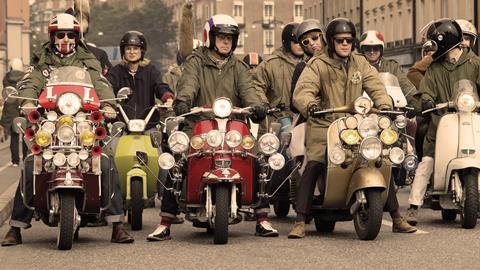 Talking about my generation

This nostalgic coming-of-age story is the latest novel from Women’s Aid coordinator-turned-barrister Elizabeth Woodcraft. The reader follows Essex-born teenager Linda Piper as she navigates 1964 Chelmsford, its politics and its Mods and Rockers music scene, with a CND badge pinned to the collar of her nylon mac.

Woodcraft’s fond memories of growing up in the 1960s shine through Linda’s experiences in the novel: weekend trips to Oxford Street in a quest to find the perfect C&A maroon twinset; Saturday afternoons spent stuck to a coffee shop’s Tommy Tucker-playing jukebox; Friday nights watching The Who perform at the Corn Exchange; a part-time job at the local milk bar.

But Linda and her best friend Sandra’s questionable taste in parka-clad young Mod boys forces the pair to become quickly accustomed to the public gallery of Chelmsford Magistrates’ Court, attending the various hearings of their less-than-law-abiding love interests – even making the journey across London to Wormwood Scrubs, visiting order in hand, to deliver messages from ‘the outside’.

It is on the Aldermaston march, however, as Linda campaigns for nuclear disarmament, where things start to make sense for Woodcraft’s protagonist, where people were ‘involved, believing in something and doing something about it’. This is a subject in which the author is particularly well-versed; as a young barrister Woodcraft was one of the lawyers instructed in the case of the 1981 Greenham Common protests, when women and children walked to the Berkshire USAF base to protest against planned storage of cruise missiles.

As Linda does her bit to Ban the Bomb, the ‘girl from a council estate’ who ‘didn’t know her own place’ and felt that the possibilities of becoming a ‘journalist, actress, traveller’ could be ‘hopelessly out of reach’, realises post-war Britain will allow her the opportunity to go further than housewife domesticity – and the public gallery of the local magistrates’ court.

Refreshingly realistic in its depiction of young relationships, both romantic and platonic, The Saturday Girls offers a compelling perspective on an age where political and social change felt just around the corner. A comforting yet authentic read.