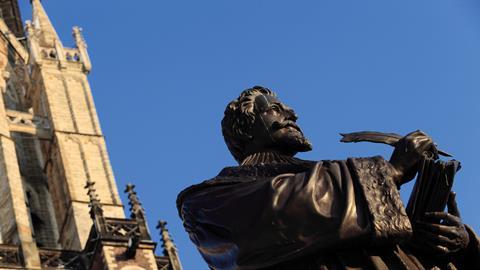 The Laws of War In International Thought

States played an integral role in creating the laws of war. As the author writes in this trenchant history, the legal instruments for armed conflict ‘were created by states and devised largely for inter-state armed conflicts’. However, contemporary laws have heralded a fundamental change, for non-international armed conflicts ‘fail to sustain the reciprocity dynamics that historically made the laws of war a largely self-enforcing project’. Now such laws threaten to ‘suppress individual judgement and responsibility’ and create an ‘authorising and permissive regime’.

Kalmanovitz’s short history focuses on seminal works by Hugo Grotius (1583-1645) who defined formal public war as ‘solemn war’. When such wars were formally declared by legitimate rulers, few curbs governed their conduct. As well as believing that ‘war is justified only as a proportional response to a serious injury imminent or received’, he also echoed the Spanish scholastics in asserting that just war meant ‘parties have unequal legal standing’. Thus ‘the victim comes to have jurisdiction over the injurer’.

The Enlightenment featured the notions of ‘regular war’ and ‘voluntary law of nations’ propounded by Christian Wolff (1679-1754) and Emer de Vattel (1714-1767). They defended ‘the legal duty to publicly state the reasons for waging war in the practice of war declarations’. These declarations ‘constituted a form of fair warning and last attempt to avoid war’. In the 19th century, Francis Lieber’s 1863 influential Code laid down a blueprint for national military codes and the first multilateral treaties. In contrast to Vattel, for whom war was ‘a regrettable but necessary feature of international life’, Lieber saw war as a ‘morally virtuous activity… because it helps cultivate or restore a nation’s moral vitality’.

Kalmanovitz appears sceptical that human rights can conflate with the laws of war and thus ‘virtuously humanise war’. For ‘reason of state… continues to be an active element in the laws of war’, he warns.

The War Lawyers: The United States, Israel, and Juridical Warfare

A growing preoccupation among military commanders about who could be legally targeted brought lawyers into the ‘kill chain’. In his thought-provoking study on aerial targeting operations by the US and Israel in Iraq, Afghanistan and Gaza – the product of interviews with more than 50 war lawyers – Jones writes that ‘the rise of the kill chain lawyer… was forged in the crucibles of several wars’.

Distinguishing between civilians and combatants amplified the importance of legal process and hence the ‘legal-technical fix promised by the incorporation of war lawyers into the kill chain’. Vietnam had sharpened US concerns about civilian casualties but the post-9/11 wars brought civilian casualty mitigation to the forefront of military thinking, particularly ‘what constitutes an acceptable level of civilian and infrastructural harm’.

Among NATO members, and especially in the US, UK, Australia and Canada, commanders increasingly rely on lawyers who ‘have had to expand their remit and skills, to include the rendering of life and death legal advice’. But Jones’ account focuses on US and Israel as ‘they have been at the forefront of efforts to shape the international law on targeting’.

Advances in radio and visual technologies in the 20th and early 21st centuries widened the concept of targeting to encompass mobile targets in near real time. This focus on individuals resembles the ‘pursuit of a criminal on the run’, a corollary of which is that the target is already guilty. Thus the law and war lawyers conspire to produce what George Bush called ‘sudden justice’.

Jones’ account of the evolution of the ‘kill chain’ lawyer makes both fascinating and sobering reading.

The Justification of War and International Order from past to present 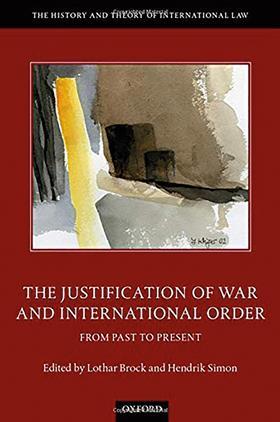 The advent of the printing press gave tangible form to a justification for war, as ‘nearly every war was accompanied by public justifications of sometimes more than 100 pages in length’. For example, about 60,000 pamphlets were produced to promote the invasion of England by William of Orange in 1688. Produced in common languages like German, English, French or Dutch, such justifications enabled belligerents to justify their wars either formally to their enemy or to a wider public. ‘Illiteracy was not regarded as an obstacle,’ writes Anuschka Tischer, for ‘as the state of war was a legal one, its declaration could be like other legal acts proclaimed at public places and thus be directed “to all, who these Presents shall see or hear read”.’ Divided into seven parts, this book ranges from early modern war discourse, through to the post-Cold War international order and to non-western perspectives on the justification of war and the international rule of law. As the editors explain, contributors ‘follow, in different ways, the assumption that the history of war is also a history of its justification and interacts with what is recognised as international order