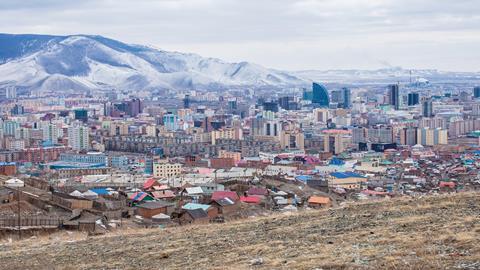 When corporates collide with human rights

Some years ago, when I was working on a case in Washington DC, I was awoken by a phone call at dawn in my hotel room from the general counsel of a multinational engineering company based in Milan to whom I hadn’t previously spoken. He had clearly overlooked the time difference between Milan and Washington DC. He began the conversation with the following question: ‘I understand that you are an expert in Mongolian law?’

There are three possible answers to this question. Lest there be any confusion, I am certainly not an expert in Mongolian law so, ‘yes’, (even allowing for the fact that I was half asleep) was not a possible answer and, ‘no’, could have led to the conversation being cut rather short. My reply was, ‘exactly what is the problem?’.

That led to an extremely interesting assignment involving the rehabilitation of the main power station in Ulaanbaatar, Mongolia (pictured above), a project financed by the Asian Development Bank (ADB) in Manila. The Italian general counsel was concerned that his workers were being exposed to asbestos by local Mongolian government workers. In Italian law he and his co-directors would be criminally liable in the event that any of his employees contracted mesothelioma.

Ulaanbaatar is one of the coldest capital cities in the world, and at the time this issue arose the entire city was heated by a Soviet-era central power station that was undergoing the aforementioned rehabilitation. The local workers were stripping out asbestos without regard to safe working practices. The problem was resolved by a trip that I arranged to the ADB’s headquarters in Manila. My client company delivered an ultimatum (on my advice) that unless safe working practices were adopted, the Italian company would down tools and Ulaanbaatar would be without heat and hot water during the forthcoming extremely cold winter months. Needless to say, the ADB stipulated that any further funds for the project would only be made available to the Mongolian government on the condition that the government workers adopted safe working practices when stripping out the asbestos.

The book is edited by Richard Meeran of Leigh Day. Chapter 2, written by Meeran, discusses in detail an asbestos-related diseases case Lubbe v Cape Plc of the type that could have unfolded in Ulaanbaatar had urgent action not been taken as outlined above. In the Cape Plc case, the Court of Appeal summarised the main issue as follows: ‘Whether a parent company which is proved to exercise de facto control over the operations of a (foreign) subsidiary and which knows, through its directors, that those operations involve risks to the health of workers employed by the subsidiary and/or persons in the vicinity of its factory or other business premises, owes a duty of care to those workers and/or other persons in relation to the control which it exercises over and the advice which it gives to the subsidiary company.’

The House of Lords held that the UK should retain jurisdiction in the Cape Plc case because complex group litigation could not be funded in South Africa.

The UK Supreme Court in Okpabi v Royal Dutch Shell reversed the decision of the Court of Appeal, holding that the Court of Appeal had focused too much on the issue of control of the subsidiary. In the Okpabi case, the Bodo community (a fishing community in Nigeria) sued Royal Dutch Shell in the English courts following two oil spills which destroyed their livelihoods. Notwithstanding an initial offer by Royal Dutch Shell of $4,000, following Leigh Day’s efforts the claim eventually settled for £55m. This represented the largest damages settlement in the history of Nigeria oil spill litigation.

This book also considers multinational company litigation in (inter alia) South Africa, Canada, Australia, the US, the Netherlands, France and Germany. Practical issues such as litigation funding and strategy are also addressed when determining whether or not to take a case on.

The book does not, however, deal with other possible (less expensive) mechanisms for the resolution of disputes of this type. In addition to the Ulaanbaatar issue referred to above (which was resolved following the intervention of the ADB), I have frequently enlisted the support of the World Bank Group (WBG) and its affiliates, along with other international financial institutions (IFIs), when seeking to resolve human rights abuses perpetrated by multinational corporations (and governments). The WBG has a number of mechanisms that are akin to an ombudsman-type role. Issues of this type can be addressed by criticising either the host government if it is supporting a particular hazardous venture or by seeking to persuade the IFI in question to condition the loan it is providing as a way to ensure that the human rights of the local population are respected when World Bank projects are undertaken. The World Bank’s Inspection Panel is a useful tool, as is the EBRD’s Independent Project Accountability Mechanism.

This book contains a thorough review of multinational human rights litigation in various jurisdictions and is an invaluable guidebook to the laws, procedures and practical considerations in various legal systems when seeking to hold corporations accountable for their actions when business interests collide with the human rights of the local population.