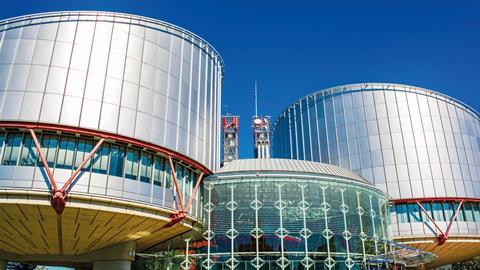 Where now for the EU – and the United Kingdom?

Brexit and the Future of the European Union: The Case for Constitutional Reforms

President Macron has called for a new European Renaissance and for a continental conference to plan the future of the EU. This suggestion has been approved by the EU institutions and each member state, and a letter sent to every citizen advising them of this. Brexit is one of several challenges the EU has recently faced and Professor Fabbrini argues in Brexit and the Future of the European Union that reform is needed urgently.

He explains that the EU was united in its response to Brexit but has struggled to find unanimity when dealing with other crises, such as the monetary crisis over the euro and mass migration from Africa and the Middle East. This latter issue the book refers to as a crisis over the ‘rule of law’ – an allusion to the activities of some European states which have rejected liberal policies and followed an agenda which Fabbrini calls autocratic.

There is also the direct fallout from the UK leaving the EU, including the loss of the fourth largest contributor to the EU’s budget and the reallocation of its parliamentary seats.

Fabbrini sees a conference to drive reform as essential for the future of Europe. He points out that the move to European integration is an existing commitment and EU institutions are a stumbling block to progress, as is the national veto.

What that future will be is debatable. Whatever your views on our departure from the EU, we tend to discuss our own future and not think of what will happen next on the continent.

Retained EU Law: A Practical Guide is an invaluable book that sheds light on a somewhat opaque but structurally fundamental part of the UK’s Brexit legislation.

‘Retained EU law’ is a concept invented by the UK government to take account of the UK-EU Withdrawal Agreement of October 2019. The UK’s legislators rightly felt the need to plug the gaps in UK domestic law that would have appeared if the UK had simply left the EU and abandoned all EU law that had been incorporated in any way into UK domestic law.

Authors Duhs and Rao were intimately involved in drawing up the international treaties and the UK domestic legislation to implement Brexit and are therefore admirably suited to write this book and to unpack the different layers – multifaceted and sometimes fitting together with difficulty – that go to make up ‘Retained EU law’.

The book is practical, both in the way it is written and in the way that it is structured, with helpful signposting and cross-referencing to the different layers underpinning the concept.

It also takes a deep dive into the complexities of ‘Retained EU law’ and points out some of the grey areas that may possibly give rise to questions of interpretation in the future.

The book is stated to be up to date as at 10 November 2020, so it would be good to see a revised version in due course to reflect developments in the Brexit saga since then.

Like a slowly revolving chandelier, new light may need to be shone on this concept as further legal developments occur.

David Glass is a consultant solicitor at Excello Law

The European Union and Human Rights: Law and Policy

The European Union and Human Rights: Law and Policy comprehensively discusses the conceptualisation and operationalisation of the EU’s commitment to human rights.

It is divided into four parts: ‘Framework’ presents the issues related to human rights promotion by the EU; ‘Actors’ delves into the relationships that play a part, at home or abroad, with regard to human rights policies and judgments; ‘Policies’ reviews a range of EU internal and external policies; and ‘Strategies’ provides an integrated assessment of design and implementation.

Each chapter provides an introduction to the state of affairs, discusses opportunities and challenges, and provides recommendations.