The bright sparks who drafted the 2005 Constitutional Reform Act presumably thought its 149 sections covered most contingencies. S32 of the act, for example, which specifies that new appointees to the bench of the Supreme Court must take the required oaths in the presence of the president, includes provisions for what should happen if there is no president or no deputy president. (In that case, the oath must be sworn in the presence of 'the senior ordinary judge'). 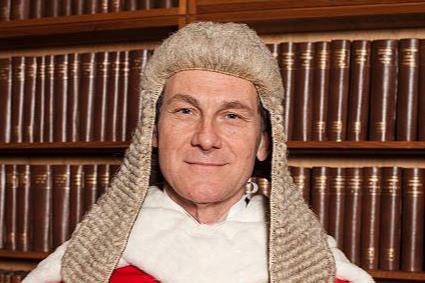 Lord Justice Leggatt: sworn in personally by the president, but behind closed doors

What the lawmakers failed to forsee is what should happen in the time of a pandemic. The question became urgent with the need to swear in Lord Justice Leggatt ahead of today's sitting. The obvious solution, to perform the ceremony by video, was deemed unacceptable: the 2005 act states 'in the presence of'.  The solution was a 'significant modification' to comply with government guidance on social distancing. It was conducted behind closed doors in the library of the Supreme Court building with only the president, Lord Reed,  present and the other judges watching on video.

'A ceremony of the usual kind will be held for Lord Justice Leggatt when circumstances allow,' the court said. Let's hope neither he nor the president picked up any germs.