A woman ahead of her time

Gladys Mary Chatterjee OBE, MA, DSc (née Broughton) was called to the bar at Lincoln’s Inn in 1933, almost 10 years after her marriage. This was most unusual, as most women of her class and age gave up work after marriage rather than actively pursue a new career. 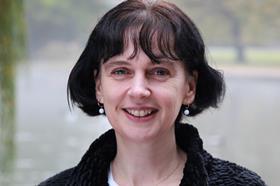 She was very much an independent, educated and professional woman. Her areas of practice included probate, divorce, admiralty and poor persons cases. She appeared before the Judicial Committee of the Privy Council in some Indian and Ceylon appeals and was counsel for the Legal Aid Committee for Poor Persons. During the second world war she acted as counsel for the Service Department of the Law Society in divorce cases. This Service Department was established by the Society to ameliorate any risk of harm to the morale of the armed forces. This was a risk, because over half of the country’s solicitors left their practices to serve the war effort and so there was a problem with access to legal advice. The department attempted to plug that gap and employed a full-time solicitor to deal with any poor person or armed forces divorce if a pro bono solicitor could not be found.

Chatterjee is important to women’s legal history because she broke the mould: she was incredibly well qualified (a common feature among those first women lawyers is that they collected qualifications, as if they needed to prove their intellectual worth); she was one of the first women to be awarded an OBE (her bravery was recognised by the Establishment); she defied convention by marrying an Indian; and her defiance is seen again when in 1933 she qualified as a barrister, a profession dominated by men. 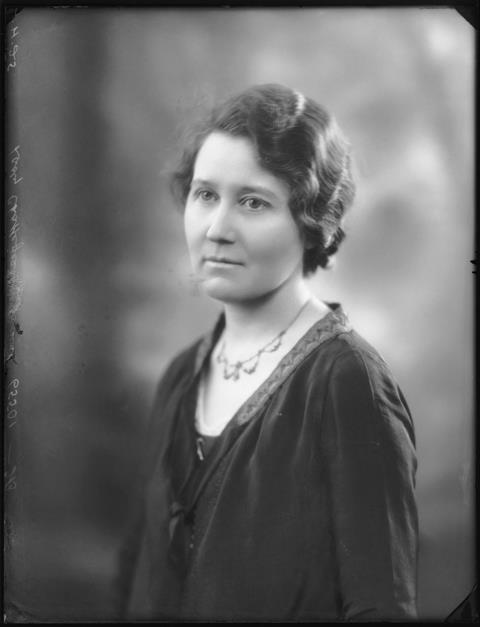 Chatterjee was born in Ujjain, India, the daughter of Captain William Broughton. She attended the High School, Bedford and in 1911 obtained a BA in philosophy at University College, London. She held numerous scholarships at UCL: Gilchrist, John Stuart Mill, Joseph Hume and Ricardo, an obvious a tribute to her intelligence and hard work. Later, in most of her bar exams, she scored just third-class passes, but perhaps, as many of us know, it was hard to balance domestic life and studies. Like many women of this age, she studied for a teaching qualification, attending Bedford College. However, rather than pursuing such a career, she read for a DSc at the London School of Economics where she wrote her thesis on ‘Women and Children in Indian Industry’.

There is a restless quality about her early life. After her DSc she returned to the place of her birth and was appointed inspector of schools in the Central Provinces of India. This career was interrupted by the first world war and she was sent to Delhi as welfare officer in the Ministry of Munitions. This work resulted in her being awarded an OBE in 1917 for her war work as organiser of women’s welfare in shell and national projectile factories. It was the dangerous munition work of women such as Chatterjee, and the women who worked in the factories, that kept the frontline supplied with weapons and ammunition. After the war, Chatterjee held other official roles and advised the Government of India on labour questions affecting women and children.

At some point in India she met Lord Atul Chandra Chatterjee (1874-1955). Lord Chatterjee had graduated in history from Cambridge University in 1895 and returned to India, where he worked a civil servant. He rose through the ranks to eventually become the high commissioner for India in London. He was responsible for the building of India House, Aldwych. He was an excellent administrator and diplomat, which is reflected in his award of a KCIE in 1925 and KCSI in 1930. He later sat on the Council of India for five years and in 1942 was made adviser to the secretary of state for India. He was also a member of the council of the Royal Academy of Arts for 20 years and its chairman from 1939 to 1940.

Lord Chatterjee was a widower; his first wife died shortly after the birth of his second daughter in the early 1900s. He married Chatterjee on 30 April 1924 in Kensington Registry Office and they settled in London. As would be expected of the Indian high commissioner, the couple had a busy social life and she was a renowned hostess.

Lord Chatterjee died in Bexhill-on-Sea in 1955. His wife would live for a further 14 years, revising his historical work and participating in the work of the International Federation of Women Lawyers, of which she was vice-president. She represented the federation at numerous conferences and was a member of the Marriage Guidance Council (in 1956 she gave written and oral evidence before the Royal Commission on marriage and divorce). Chatterjee suffered a stroke and died on 7 May 1969 in Bexley, Kent, leaving £7,906.

Chatterjee was a feminist pioneer and a woman far before her time. She pushed the boundaries with everything she did. She studied and educated herself beyond the norm; her exceptional war work was rewarded with a rare OBE; she qualified in law, an atypical career for a woman; and she married an Indian, an aberration.  She paved the way for those of us who feel ‘outsiders’ to practise law because of her early legal career, when women were not welcomed. However, her life did more than that. Her choice of husband challenged established perceptions of race, challenged associative discrimination, and paved the way for greater equality and inclusivity.

Dr Judith Bourne is a programme director for law and an associate professor at St Mary’s University, Twickenham