The cheek of the taoiseach – but London cannot be complacent

It is tempting to look at the gleaming towers of the City and think that cost does not matter. 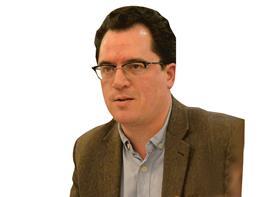 There were days last year when every post brought a newly minted Irish passport to our South London home. My wife and daughters, it seems, are remaining in the EU. In my worst recurring dream, come Brexit I’m left behind, sat in a pub with a blue passport, Nigel Farage with some locally-concocted drink.

The headlines feed that dream. Today we have Ireland’s taoiseach Leo Varadkar telling the press that Ireland is poised to take legal business from the UK. He’s not first to the party – the president of the Paris commercial court Jean Messinesi is set on eroding London’s dominance in international disputes. German courts and the Netherlands make a similar pitch.

Clifford Chance is ‘beefing up’ its presence in ultra-EU Luxembourg, DAC Beachcroft will open in Paris, Lewis Silkin and Simmons & Simmons are now in Dublin. City solicitors have joined the Irish roll in their hundreds – two magic circle firms were in the top-four for applications – and so it goes on. Declarations from statesmen and public servants in the likes of Dublin and Paris seem cheeky – but are firms in fact marching with their feet?

There won’t be tumble weed blowing through the Rolls Building, and despite the Irish passports littering every available surface of my home, like the Queen Mother in the Blitz, we're staying in London and so are the children.

Paris and Ireland’s claim on London instructions rely on the fact that post-Brexit judgments by the London Commercial Court will no longer enjoy automatic enforceability in EU member states.

But this is not the City’s biggest problem, though the solution will likely be clunky compared to current arrangements.

For our biggest problem, look to the trade in services and worry about where corporate deals are getting done.

The trade in services post-Brexit has not been prioritised in government policy, setting an unnecessarily tough test for legal services and the financial sector. We have an incredible concentration of legal skills to support the deals and disputes of global capital, but Brexit is going to be an exercise in testing clients and deal-doers' tolerance for inconvenience and uncertainty.

Then there is the cost of disputes and the adequacy of the justice system infrastructure they rely on, which would be an issue even without Brexit. Our judicial benches, lauded for independence and commercial insight, have vacancies and court fees are at a level other jurisdictions rightly shun.

It is tempting to look at the gleaming towers of the City – built for firms with reception areas the size of football pitches – and think that cost does not matter. But since the global financial crisis, general counsel have put much more weight on finding the minimum competent scale and price for their legal needs.

In the short term, London can shrug off cheeky interviews from foreign capitals.

But we need to watch how deal-doers respond to Brexit. Put simply, is the concentration of legal, accounting and banking expertise here enough of a reason to tolerate the cost and inconvenience of signing deals and litigating in a ’third country’?

For some it will not be enough – but no-one in Dublin, London or Paris has any idea who or how many they are.