A turning point for legal aid?

In the 20-plus years I have been involved in the policy side of legal aid, I think this is the first time that I have come to the end of a year feeling that the legal aid system is in better shape than it was at the start. Legal aid is more accessible to more people in need, and the work is marginally more financially viable for solicitors. 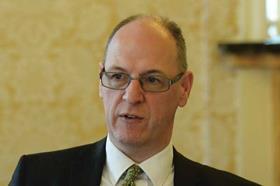 Don’t get me wrong, there are still huge challenges, not least the fundamental issue of the lack of economic sustainability of the system. There will be no let-up in pressure on the government to address the serious problems that still exist.

But 2020 has seen improvements in financial terms; in relation to the bureaucracy; structural improvements that can help more clients qualify for legal aid; and a change in tone in the dialogue with the Ministry of Justice (MoJ) which bodes well for the future.

For the first time in around 25 years, the government increased payments to criminal litigators. The proposals in the accelerated items of the Criminal Legal Aid Review were less than we wanted, but they represented actual new money. We even managed to secure the doubling of the proposed fee for sent cases between the consultation and the final decision.

In response to the pandemic, the Legal Aid Agency (LAA) made a range of changes to payments on account in both civil and criminal legal aid, and many of these cashflow improvements have been confirmed as permanent. These include increases both to the number of claims solicitors can make and the amounts that can be claimed.

The profession also won a battle with the MoJ over the proposed fees for new immigration appeals processes that came in this year. We lobbied hard for an hourly rates scheme to be introduced. Despite having no evidence of the volume of work solicitors would be required to do, the ministry wanted to bring in a fixed fee. Following the threat of a legal challenge from an affected firm, the MoJ agreed to introduce an hourly rate scheme until there is a base of evidence showing how much work solicitors reasonably have to do on each case.

It’s an ill wind that blows nobody any good? Not quite. The impact of the pandemic forced the LAA to make a range of changes to enable solicitors to work remotely. There is increased flexibility in relation to client signatures, office requirements, supervision, and evidence requirements for the means test.

The LAA has started discussions with us as to which of these changes should become permanent.

Following LASPO, education, debt and discrimination work was removed from mainstream face to face advice and limited mainly to telephone advice. Following years of lobbying on the issue, this year the MoJ restored the right for clients to choose face to face advice in these areas.

Since LASPO, we have secured a series of improvements to the rules relating to domestic violence evidence. Following the impact of the pandemic, we lobbied the government for further changes, and secured some more improvements.

Through a combination of lobbying and test case litigation, we are seeing improvements to the legal aid means test. The MoJ set up a review of the means test, following the reports we commissioned from Professor Donald Hirsch and Dr Lisa Whitehouse in 2018. A recent judgment in a case brought by Public Law Project and indemnified by the Law Society has confirmed the LAA has discretion to disregard capital, particularly in circumstances where it is jointly owned with an abusive opposing party in a family case. We are hoping to see further improvements to the capital rules as a result of other strategic litigation we have supported.

Improved discussions with the government

On the subject of the means test, the ongoing review gives hope that there will be substantial improvements following a consultation which we expect next year.

The independent element of the Criminal Legal Aid Review gives hope that the economic crisis in the criminal defence profession may finally be substantially addressed. We also now finally have the consultation on additional funding to pay for early engagement between defence lawyers and the police/Crown Prosecution Service, which will provide further new money for criminal defence lawyers. Of course, it is important to remember that this is new money for new work, and does not address the sustainability challenge, but it is still a contrast from the previous couple of decades, when defence lawyers have repeatedly been asked to do more for less.

The work we have been doing on advice deserts appears to have cut through. The MoJ has started to talk publicly about its concerns for the sustainability of the civil legal aid system, although we are still awaiting an indication as to how this will be addressed.

We feel that we have largely won the argument about the vital importance of early legal advice. There is still an ongoing discussion about the role of qualified lawyers in providing that early advice, but the contrast with the debate when LASPO was introduced is striking.

There is still a lot to be done to make the legal aid system fit for purpose. It remains a pale shadow of the system that existed when I became director of the Legal Aid Practitioners Group in 2000. But for the first time in two decades, it feels like the public debate is about how to improve legal aid, instead of how to stop further cuts.

Richard Miller is head of justice at the Law SocietyIn