ABSs are no threat, so why treat them differently?

Non-lawyers must pledge to promote access to justice. That’s ridiculous.

This week the footballing authorities announced that referees would be empowered to enforce the laws of the game and send off players for foul and abusive language.

Apparently professional sports people are now having to be forced into not screaming at officials paid a fraction of their wages. What was most dispiriting was that people needed to be told what should be the bleeding obvious.

Just as it should be obvious that anyone involved with the law should be committed to access to justice.

Of course access to justice can be a flimsy concept: intangible and difficult to pin down, but something which the profession fights passionately to protect.

What is assumed is that everyone working with the badge of solicitor is aiming for this goal, from the top floor of a City firm skyscraper to the dingiest of High Street practices.

What you may not know is that alternative business structures are specifically required by regulation to commit to improving access to justice.

This was a stipulation of the 2007 Legal Services Act, which implied (well, made clear) that ABSs were not to be trusted. These new entities were perceived as yuppie, corporate and profit-driven, led by non-lawyers who had not sat through law school lectures to be imbued with the spirit of Lord Bingham.

Now the government says the requirement can be dropped. 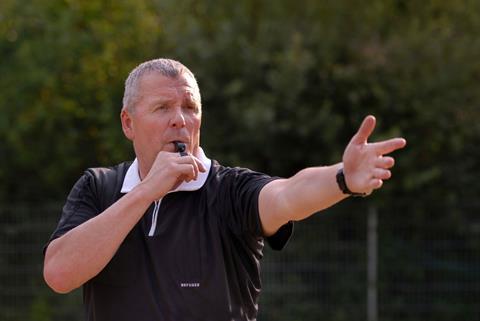 Football referees should be respected by players. Obviously.

In truth the stipulation is now clearly surplus to requirements. Traditional law firms are just as likely to be in regulatory trouble as ABSs, and certainly just as likely to collapse leaving a trail of frantic creditors. There is no reason why, say, an accountant would not support the principle of access to justice.

ABSs have not turned the industry upside down, neither have they destroyed the profession's moral fibre.

Do they need to be reminded to promote access to justice, like a toddler being prompted to say their pleases and thank yous? There is no evidence to suggest this requirement is doing anything to protect clients.

And yet, and yet. I can’t help feeling gloomy that this most fundamental of ideals is being quietly discarded from the rule book. Ordering one type of firm to promote A2J seems an anomaly, but what if we expanded rather than ditched it?

Ordering one type of firm to promote A2J seems an anomaly anyway. What if we expanded rather than ditched the requirement?

Instead of dropping this objective for ABSs, why not expand it for all law firms? It may make little practical difference, but could just keep solicitors honest and be something to bind the City slicker with the sole practitioner.

Access to justice may be a rather specious and back-slapping concept, but it can’t hurt for everyone to pledge allegiance to it. Can it?

John Hyde is a Gazette reporter