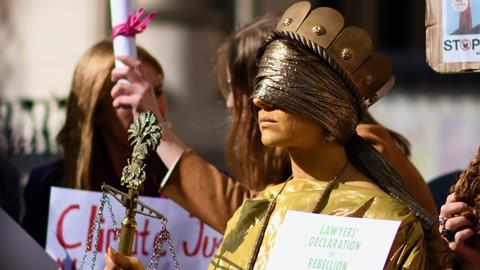 So-called ‘activist’ lawyers have been in the news. 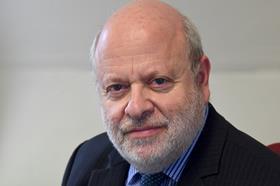 Although one part of the government, the Home Office, took down all reference to activist immigration lawyers, another part – an anonymous government source – referred to loud-mouthed lawyers ‘who seem to spend more time on social media than representing their clients, who think even the mildest criticism of their profession will bring about the destruction of democracy.’

Nevertheless, activist lawyers exist in our jurisdiction, and would doubtless be proud to be categorised as such. For instance, there are the Lawyers for Extinction Rebellion. They are in the news because they are taking action this week against lawyers’ professional bodies, starting with the Law Society.

This article is written before the activities take place, but it has been announced that there will be a ‘Law Society Must Act’ campaign in Chancery Lane this week. The basis for it is (capitals not my own): ‘Our planet is facing its greatest crisis and the LAW SOCIETY and the BAR COUNCIL, and the SOLICITORS REGULATION AUTHORITY and the BAR STANDARDS BOARD, cannot remain silent: they are failing us and they are failing the planet’.

The group announces that it will deliver a set of demands, including that the Law Society:

It is worth examining these three demands in turn.

First, should the Law Society declare a climate and ecological emergency? The announcement says that the British Medical Association declared such an emergency in July 2019, and that it is high time that the Law Society takes a stand with other professions.

Next, should the Law Society adopt a green code of conduct for lawyers?

The Law Society is already taking some action in this area. It is a member of the Legal Sustainability Alliance (LSA), which has nearly 300 law firm (and related) members, which have jointly committed to making their businesses more sustainable.

The LSA has developed principles that read like a sort of green code, including commitments to:

It is true that this is not the same as a green code of conduct for lawyers, which is an interesting idea worth exploring. If taken further, it would need to be debated and put out to consultation, which would have the added advantage of permitting widespread discussion on climate change (and what the Law Society should do about it) within the profession.

This leads to the last demand, or the first part of it, which is that the Law Society should provide leadership and a discussion space for these issues. This is the one demand with which I agree. There is currently no focal point within the Society with responsibility for dealing with the legal aspects of climate change, and there should be. It is long overdue.

Some wonder whether the Law Society has a role. I would point to the growing case-law, which is principally a mix of environmental and human rights law, with doubtless other topics added, and which calls for a novel cross-disciplinary approach. There are developments in other countries to which the Law Society should have access. There is a need for training and awareness raising of solicitors, and more informed discussion.

Regarding the second part of the last demand, the clarification that peaceful protest will not result in repercussions, this seems to me obvious and should not need to be further discussed.

I suspect that this week heralds the beginning of the Law Society’s more committed engagement with climate change as an issue for solicitors.