Back to the Future II was wrong on lawyers

The classic sequel predicted an end to lawyers and a swift justice system – neither is happening yet.

Happy Back to the Future day! In the second film of the franchise, 21 October 2015 is the date Marty and Doc travel forward to in a bid to change Marty’s son’s destiny.

The film is famous partly for its neck-out attempts to predict the future: conference calls and surveillance were prescient, rehydrating pizzas and flying cars sadly not so. It turns out we do, indeed, still need roads.

For the legal profession, there is a prediction of the future too. (Admittedly, for the US.)

In the film, Marty’s son is jailed within hours of his crime, with the Doc saying the justice system works swiftly in the future now that they’ve abolished all lawyers.

It was pretty much wrong on both counts. Michael Gove, in his first speech as lord chancellor, bemoaned a ‘creaking, outdated’ justice system where rape cases take two years to bring to court and judges nitpick over procedural preliminaries.

To suggest the justice system works swiftly in the present is as fanciful as saying we all come to work on our hoverboards.

And what of the abolition of all lawyers? The facts would suggest otherwise. The SRA’s latest snapshot of the profession in this country shows record numbers of practising solicitors – 135,976 at last count, a figure which has grown by almost 12,000 in almost three years.

The legal profession in fact shows remarkable resilience, considering the constant predictions of the end of lawyers, the shifting regulatory environment and massive cuts to their funding and fees in areas such as legal aid, family law and personal injury. Even the threat of new entrants to the market seems to have been seen off, for now at least.

Abolish lawyers? Far from it. Lawyers are as durable and flexible as Marty’s futuristic jacket designed to fit any circumstances. 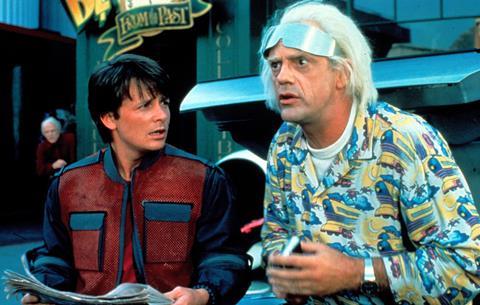 But in some areas, Back to the Future was simply a little early. In criminal law, it is surely inevitable that numbers will dwindle in the face of two-tier contracts and slashed funding.

The calls for online dispute resolution, with litigants seemingly settling their disputes with the click of a mouse, are getting louder, and crucially have the backing of both the judiciary and a penny-pinching government.

And most dauntingly, the threat (or opportunity, depending on how you see it) of artificial intelligence is very real. Robots will never be able to offer a consoling arm around a bereaved person, or understand the plight of a clinical negligence victim, but they can write a will, or work out costs, or even close a commercial dispute.

We will never abolish all lawyers, but we may end up replacing some and driving out others. As for the speed of the justice system, I’ll believe that when I see the Jaws 19 trailer.