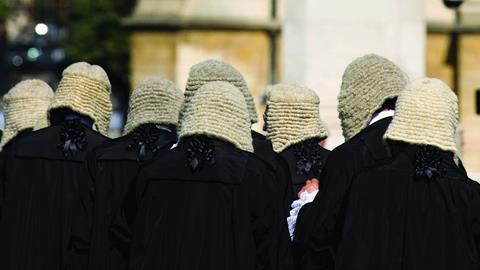 As a sub-editor, the ‘BAME’ acronym was convenient when writing headlines. As a Bengali woman, falling under the ‘BAME’ category was something I just accepted, fully aware that everyone who comes under this category has different lived experiences. However, looking through the latest judicial diversity statistics published by the Ministry of Justice yesterday, I finally realised why the term 'BAME' is unhelpful and why the Commission on Race and Ethnic Disparities wants to move away from its use.

According to the diversity statistics, the proportion of judges who identified as black, Asian or minority ethnic has gradually increased from 7% in 2014 to 10% this year. The proportion of Asian judges has risen by two percentage points, to 5%, since 2014. But black judges? 1% - a figure that hasn’t moved in the past seven years.

‘These findings demonstrate the importance of looking at ethnicity more closely, as the experiences of different ethnicity groups within the Black, Asian and minority ethnic categorisation are not the same. Looking solely at the broad group can mask underlying disparities,’ the report rightly points out.

Shadow justice secretary David Lammy says it is an ‘absolute scandal’ that, after almost a decade, there has been no increase in the number of black judges.

The Judicial Diversity and Inclusion Strategy 2020-2025 states that breaking down the broad category of BAME into different categories reflecting the different ethnic communities would enable the judiciary to consider ‘more focused action targeted at areas where diversity progress has not improved or not been sustained’.

The judiciary need to start asking specific questions. Are more black people applying for judicial posts now than they were in 2014? If not, why not? Why are recommendation rates from the eligible pool of black candidates 73% lower than for white candidates?

Lammy has repeatedly called for targets - something the government and judiciary are reluctant to introduce. Opinion is divided, but surely no one would dispute the need to hit at least 2% for the proportion of black judges by the time next year's diversity statistics are published.