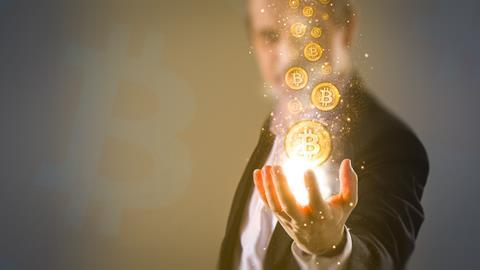 Bitcoin’s mystery man turns up - in the law courts

As far as his acolytes are concerned, the ministry on earth of Satoshi Nakamoto lasted just over two years.

During that time, from the end of 2008, ‘he’ - Satoshi is a male given name - published a brilliantly written white paper setting out the principles of a currency that could operate without a central authority. He also released the computer code to turn Bitcoin in to practice (written in the programming language C++) and engaged in web conversations about its debugging and development. The last public comment appeared in December 2010. Email exchanges with developers continued for a few months, but then Satoshi Nakamoto disappeared without trace. 'I’ve moved on to other things,' he wrote in April 2011.

His, or their, identity remains a mystery.

At least that is the widely accepted version of history among the mixture of geniuses, visionaries, hard-headed entrepreneurs, gullible punters and outright rogues who make up the global Bitcoin community. However a series of actions in the English courts could rewrite the authorised version. They are being brought by Dr Craig Wright, an Australian academic and Bitcoin entrepreneur resident in England, who says that the identity of Satoshi is no mystery, because it is he. Wright has registered the US copyright of Bitcoin's founding white paper and the original computer code. In June this year the High Court granted default judgment against the bitcoin.org website for infringement of his rights.

Wright is also taking vigorous action for defamation against those who dispute his claim. Judgment in a pre-trial review of one such action, against posts by a podcaster named Peter McCormack, resulted in a 256-paragraph ruling in the Queen's Bench Division earlier this month. Legal action is understood to be under way against another blogger.

Why, you may ask, does this matter? Surely Dr Wright has every right to defend his reputation, which has been subject to unquestionably vicious attacks. To quote Mr Justice Julian Knowles, Wright 'avers by way of innuendo the said words meant and were understood to mean that the claimant had fraudulently claimed to be Satoshi Nakamoto'. Not that there appears to be much innuendo in complained-of phrases such as: 'Craig Wright is a fucking liar, and he's a fraud; and he's a moron'. (McCormack admits publication.)

The immediate answer is that anyone claiming, or admitting, to being Satoshi Nakamoto must accept responsibilities along with the kudos. A widely believed reason for 'Satoshi's' disappearance was the growing concern by law enforcement agencies in the use of Bitcoin to finance criminal and terrorist activity. These concerns have not gone away. The financial services authorities may also be interested: Satoshi's Bitcoin holding is in theory worth some $60bn. And HMRC is unlikely to ignore the sudden appearance of a multi-multi-billionaire apparently within its jurisdiction.

Wright is already contesting a lawsuit in the US over the ownership of a very large sum in Bitcoin; a trial opens in Miami next month.

The emotive reaction to Wright's claim also says something about the Bitcoin community. Over the past decade attempts to uncover Satoshi's identity have become something of an industry in itself. The results range from farcical (Newsweek's discovery of a Japanese-American man named Dorian Prentice Nakamoto - the real Satoshi surfaced briefly to discredit that one) to the plausible. Previously favoured candidates include cryptographic pioneer Hal Finney, who died in 2014, and the computer scientist and legal scholar Nick Szabo (who denies being Satoshi).

The Satoshi acolytes' anguish over Wright's claim is sometimes reminiscent of the Shakespeare authorship controversy, in which belligerents cannot bring themselves to believe that the author of Hamlet was a Stratford glove-maker rather than a more glamorous character. (Shakespeare himself was no stranger to the law courts, of course.)

The most we can hope from the current libel case, alas, may be some development in the interpretation of the Defamation Act 2013. Last week's judgment covered just four applications by the parties in a claim with what the judge called 'a complicated and protracted procedural history'. These included applications to amend the claim, to strike out parts of the defence and to re-amend the already amended defence. London firm Ontier, which is acting for Wright, claimed 'a comprehensive victory' and said the action can now proceed to trial.

The substantive hearing, expected over three days in February, is likely to attract a great deal of interest in the crypto-currency world. But what the court will not do is declare that Dr Craig Wright is Satoshi Nakamoto. This is not its job, which is to resolve a dispute between two parties.

In any case, the defendant has withdrawn his defence on the basis of truth in his statement that Wright is not Satoshi. He was probably well advised: English libel law places the onus of anyone claiming truth to prove it - proving a negative in a field as murky and emotively charged field as cryptocurrencies is a tall order, and would no doubt involve expensive expert testimony.  McCormack told the court that, if he could afford it, he would continue to maintain his defence of truth (along with public interest and abuse of process). However given his lack of resources he has 'decided to defend the claim to the limited extent of requiring the claimant to establish liability and his entitlement to the remedies he seeks'.

Essentially, McCormack maintains that his publications did not meet the 'serious harm' test set out by the 2013 act and amplified in the Supreme Court's 2019 ruling in Lachaux. This requires requires harm to be determined by reference to the 'actual facts' about the publication's impact 'and not just to the meaning of the words'. Wright maintains that McCormack's publications have led to the withdrawal of speaking engagements.

Global firm RPC, which is acting for McCormack, declined to comment.

We now await the main hearing, but don't expect it to settle the controversy: even if 'the real Satoshi' were to descend on the Royal Courts of Justice on a cloud, heralded by angelic trumpets and flashing 60 billion greenbacks, the online flame wars about his identity would surely rage on.

Michael Cross is the Gazette's news editor. He has no investment in Bitcoin or any other digital asset