The long-awaited legislative promulgation of the Civil Code of the People’s Republic of China (PRC) last month is widely perceived as a historical milestone in the evolution of the country’s legal system. Since the founding of the PRC in 1949, there have been several attempts by lawmakers to compile a comprehensive code of laws and regulations that governed the rights and obligations arising from civil (private) legal relations. Yet, none of these efforts came to fruition due to political disruptions as well as consecutive decisions by lawmakers who did not deem the timing ripe for such a project. Since the 1980s, different areas of private law in China have been governed by separate statutes, such as the Marriage Law, Inheritance Law, General Principles of Civil Law, Adoption Law, Contract Law, Guarantee Law, Property Law and Tort Liability Law. 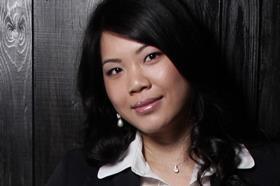 After decades of preparatory work and extensive debates, the Chinese leadership directed the resurrection of this long-shelved legislative project in 2014. In the all-important ‘Decision of the Communist Party of China Central Committee on Some Major Issues Concerning Comprehensively Advancing Rule of Law’ (the first time the notion of ‘building the rule of law in China’ was officially at the centre of the party’s reform agenda), the compilation of the Civil Code was identified as a key task to ‘strengthen the establishment of market-relevant legal institutions’.

The country’s top legislature, the National People’s Congress (NPC), subsequently undertook a three-step process to this civil codification legislative plan over a period of six years. First, it promulgated the general provisions of civil law in March 2017, which represents the first part of the code that contains the basic legal principles underpinning civil relations and activities generally. Second, the NPC issued six draft parts (the remaining parts of the Civil Code) covering specific areas of private law, namely property, contracts, personality rights, marriage and family, inheritance, and tort liability for review by the NPC standing committee in August 2018. The third step was to combine the enacted Part 1 (the general provisions) and subsequent draft parts to form the full draft of the Civil Code (containing 1,260 articles in seven parts) for review and adoption in 2020. The various rounds of public consultation on the drafts of the Civil Code and its Parts solicited more than 1 million public comments.

In a forthcoming book, China’s Civil Code and the Law of Contract (published with LexisNexis), I take a close look at the contract law part of this new code. This and other parts of the code reflect the hybrid influences on the evolution of private law in the PRC. The Civil Code contains some clear traces of direct and indirect transplants from foreign sources of law and legal institutions. Some of these ‘borrowings’ are historical, such as the influence of the German Bürgerliches Gesetzbuch on China’s legal system at the turn of the 20th century. However, the influences on various areas of Chinese private law are not limited to civil law systems. Contemporary Chinese contract law has drawn on concepts, norms, and rules from international contract and commercial law instruments as well as the common law.

From Chinese lawmakers and jurists’ point of view, the most important dimension of the new Civil Code is the indigenous developments that reflect its distinctive legal culture and political-legal system with ‘Chinese characteristics’. In particular, lawmakers are keen to emphasise the code’s 'modern' features that respond to new issues and concerns in people’s lives today. For example, the code includes a stand-alone part on ‘personality rights’, which covers a civil subject’s rights to life, body, health, name, portrait, reputation and honour, privacy (including peace of private life), and protection of personal data. This part has been hailed as a major step towards stronger protection of personal dignity. In signalling the government’s commitment to strengthening property rights, the Civil Code offers some additional protections for tenants and homeowners, especially in the context of compulsory repossessions. A new (though vaguely worded) right of habitation could potentially offer cohabiting same-sex couples some legal protection, yet the family law part of the code still defines marriage as between a man and a woman.

A practical benefit of the Civil Code is providing courts a relatively comprehensive document to apply the law pertaining to the different areas of civil relations. While the code may address some overlaps and inconsistencies in the separate laws and regulations introduced at different times over the past few decades, the wording of many provisions in the code remains broad and unclear. As the saying goes, the devil is in the detail. These details are likely to come in the form of subsequent interpretations and normative instruments by the legislature, the State Council, the Supreme People’s Court, and other law and policymaking bodies, which will ultimately shape how the Civil Code is implemented.

Mimi Zou is the inaugural Fangda Career Development Fellow in Chinese Commercial Law at St Hugh’s College, in association with the Oxford Law Faculty and the Oxford China Centre. This is a cross-post from the Oxford Business Law Blog