Clinical negligence: a no win, no fee success story

The NHS Resolution Annual report and accounts 2018/19 states that last year’s total clinical negligence spend was £2,360 million - up from £2,228 million the previous year, a relatively modest increase. These are not huge sums in the context of the health service budget, but every penny counts. 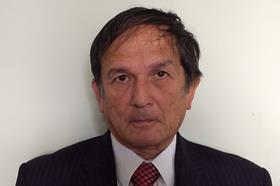 Clinical negligence litigation is limited to situations of breach of duty causing injury, not any adverse outcome. It provides objective, independent, robust clinical scrutiny according to professional norms. It combines investigation, accountability, and compensation. It is right that patients injured by negligent medical care are compensated. But this must be balanced against funding of medical services for all patients.

Access to justice for clinical negligence is largely privatised now through no win, no fee arrangements. It is economically self-sustaining. It has replaced the dysfunctional publicly funded civil legal aid system in which too often the only beneficiaries were lawyers, and too often hopeless claims were advanced.

No win, no fee legal representation is free to all at the point of need and has been a great success, contrary to ill-informed predictions of the judiciary and lawyers. It imposes commercial discipline – many cases are investigated and assessed to identify sustainable claims. Payment is by result. Much work is unpaid. There is no payment for and so no point in advancing hopeless claims. This scrutiny costs the taxpayer nothing.

The same cannot be said for publicly funded NHS defence lawyers who are paid win or lose. Does this create a perverse incentive to reward failure? Does it incentivise ’deny, delay, defend’ behaviour. Does this mean meritorious cases are dragged out, only to settle near the doors of the court?

The NHS says it aims to settle cases early; this stated intention accords with good practice. The overriding objective of dispute resolution is to deal with cases at proportionate cost and to save expense; going to court must be a last resort. And yet the NHS engages in litigation in thousands of cases and pays damages in 81 per cent of them. Are these case that could have settled prior to issue of legal proceedings? There is little point in litigating to defend a claim if only to lose eventually. It drives up costs all round, adding to delay and distress for injured patients.

The government said: 'All its cases are thoroughly reviewed and in the great majority of clinical negligence cases, NHS Resolution obtains independent expert evidence before reaching a decision on liability.' But how can the NHS pay up in as many as 81 per cent of cases it litigates? How thorough and effective is the NHS review of liability?

Cases may require issue of proceedings for several reasons including limitation issues, infant and incapacitated claimants, quantum disputes, and liability disputes. The government was asked: how many clinical negligence cases had proceedings issued because of issues in dispute, including (1) breach of duty, and (2) causation; and of such cases, how many resulted in a payment of damages to the claimant. NHS Resolution has advised that the information is not collated by them. So how can NHS Resolution measure whether its assessment of liability is effective?

Is there an answer as to how to reduce NHS negligence spend?

Every decade or so there is an attempt to pass legislation to alter the basis of clinical negligence liability. Lord Saatchi’s doomed Medical Innovation Bill was an example. More usually it is about no fault compensation – but there appear to be no such plans. They would not necessarily save money.

The NHS Redress Act 2006 promised much; it was meant to supplant the tort based civil legal process to avoid court altogether: a complete solution for the negligently injured patient. It has produced nothing. Its fatal flaw was the NHS investigating itself. Clinical negligence reform is a low political priority. It was a wasted opportunity to pass such misconceived legislation.

Mediation is promoted by the NHS; it is a lay non-evaluative process which concerns case disposal by agreement, rather than resolution by expert investigation. It is difficult to see what it has to offer in medical liability which often involves disputed detailed expert opinion.

The government needs to look at how it pays its own lawyers and to reform a system that rewards failure if it is serious about saving public money.

Clinical negligence litigation illustrates how funding may affect behaviours, contrasting the free enterprise of claimant lawyers with the state funding of defence lawyers. The interaction of the NHS and the law may reveal some truths relevant to any publicly funded service.