Lawyers have every reason to be worried about the future of judicial review. As the Gazette has reported, government departments have refused to publish the submissions they made to a review panel chaired by Lord Faulks. His recommendations will be published in the spring, the justice secretary has promised, together with the government’s response. 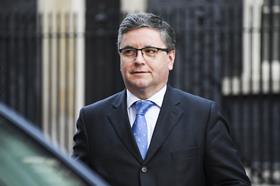 If Robert Buckland (pictured) means that both documents will be published at the same time, says Professor Michael Zander, then that ‘would be very wrong’. The government would have made up its mind before it knew what people thought of Faulks.

There may be time for second thoughts, though. Buckland and Michael Gove, the two cabinet ministers who commissioned the independent review of administrative law, will need primary legislation if they are to limit judicial review. They will surely be allowed no more than one slot in the legislative timetable. But the justice secretary has also commissioned a review of the Human Rights Act, which will not report before the summer. An all-purpose Clipping the Judges’ Wings bill must still be some time off.

The Human Rights Act review is chaired by Sir Peter Gross, a former appeal judge. He launched a call for evidence, which closes on 3 March, and promised that submissions would be published unless they were potentially unlawful.

Three responses from members of the public briefly popped up on his website. The kindest thing that can be said about them is that they all fell outside the review’s terms of reference. And, because of concerns over data protection, they were taken down almost immediately.

Instead, he is looking at section 2 of the Human Rights Act 1998. This says that courts in the UK ‘must take into account’ decisions of the human rights court – so-called ‘Strasbourg jurisprudence’ – when applying the rights granted by that convention.

Where will we be if judges’ common law powers of judicial review are undermined?

How has that worked in practice? Is there a need for any amendment of section 2, the government asks – perhaps hinting that ‘must’ could be reduced to ‘may’.

And, asks the government, have the courts been applying Strasbourg jurisprudence too closely in cases where there may be room for flexibility under the so-called margin of appreciation? Can the domestic courts raise concerns with the Strasbourg court satisfactorily?

What about the relationship between the judiciary, the executive and the legislature? Ministers want to know whether judges have ‘been drawn unduly into matters of policy’.

Section 4 of the act allows a court to make a declaration of incompatibility if it considers that a statute does not comply with the convention. Section 3 goes further and requires all courts, ‘so far as it is possible to do so’, to give effect to legislation in a way that is compatible with the convention rights, a process known as ‘reading down’.

Has that led the courts to interpret legislation inconsistently with parliament’s intentions? If so, asks the government, should section 3 be amended – or even repealed?

No, say the judges. The Human Rights Act is a ‘very cleverly drafted piece of legislation’, Lord Neuberger told a committee of MPs and peers last month. ‘If it ain’t broke, don’t fix it.’

Neuberger’s views were shared by his successor as president of the Supreme Court. ‘I cannot myself think of a fix that would make things better – as opposed to potentially making things worse,’ said Baroness Hale.

Courts had been ‘reading down legislation’ under common law principles for decades, the former Conservative attorney general Dominic Grieve added. ‘So I don’t see that as some kind of constitutional novelty.’

What effect would that have? Last year, the number of complaints against the UK that reached the human rights court was, in proportion to population, the lowest of all 47 Council of Europe members. The government lost just two cases. If Buckland’s suggestions are implemented, we can expect more complaints to Strasbourg and more defeats for the UK. And then there will be pressure to leave.

I have always believed that if the Human Rights Act was repealed our judges would be able to deliver justice by using common law powers of judicial review. But where will we be if those powers are undermined too?