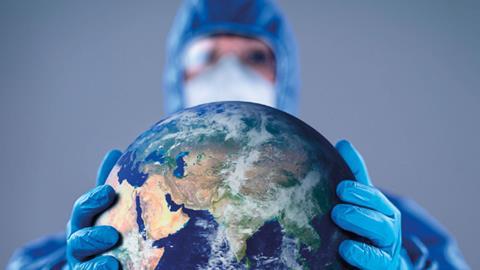 Closing the circle on climate change

The climate crisis has taken a back seat during the pandemic. There are well-known reports about a marked drop in carbon emissions, which will presumably continue until we return to previous levels of activity – if we ever do. 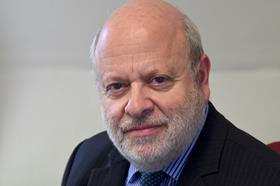 The pandemic’s impact on travel has affected all lawyers’ organisations, which depend to a greater or lesser extent on the presence of lawyers in a single place: either smaller numbers in a training session, or in greater numbers at an annual meeting.

Within the space of a few days, the International Bar Association (IBA) addressed questions of both travel and climate change. Regarding travel, it announced that its annual meeting in Miami, which was expected to attract thousands of lawyers from all over the world, including many from the UK, would be postponed for two years. Next year’s annual meeting is still planned to be held in Paris in the autumn. This year’s Miami meeting will be replaced by virtual meetings, the formats of which are still to be announced.

The IBA is not alone. The American Bar Association, which also attracts thousands to its annual meetings, has also gone virtual this year. Nevertheless, its replacement event will include governance and business meetings, CLE showcase programmes and virtual networking opportunities.

As we emerge from lockdown, among many questions is: why do we need to return to the old in-person ways of doing things, when technology allows us to approximate what we did before via a screen? This is particularly the case for events involving mass travel, with their impact on climate change.

At around the same time as it announced the Miami postponement, the IBA issued its new climate crisis statement. All lawyers should read it. Like me, you will probably agree with some parts, and disagree with others.

I do not think it is the business of the IBA or any legal body to encourage lawyers ‘to engage with current and future legislative and policymaking efforts to address the climate crisis’. That is not because I disagree with the science behind climate change, but because I do not think a legal organisation, whether a regulator or not (and the IBA is not a regulator), should tell lawyers what to do in their private time, even by way of mere encouragement.

It is one thing to urge lawyers to consider ‘taking a climate-conscious approach to problems encountered in daily legal practice’, as the statement does elsewhere. Some may disagree with that, and argue that it is not the IBA’s business to tell lawyers what advice should be given to clients in order to influence the advice in one particular direction. But that clause is asking lawyers to consider something in the course of their legal practice, and the ‘particular’ something relates to a worldwide crisis.

But it is another matter to encourage lawyers to participate in legislative and policymaking efforts. These are not (or not necessarily) part of a lawyer’s duty to a client and fall outside daily legal practice. It is not the IBA’s business if I choose to sit on my hands politically.

Bars should ensure that lawyers are properly educated in the growing case law of climate change. In Europe, for instance, there have been cases based on the European Convention on Human Rights

There are other areas where I agree with the IBA’s statement and think the sentiments are long overdue. For instance, it recommends that bars and law societies engage with law students and schools ‘concerning education on legal elements of the climate crisis and its impact on human rights’ and develop ‘practical educational tools for qualified lawyers to use in continuing their legal education’.

At a minimum, bars should ensure that lawyers are properly educated in the growing case law of climate change. In Europe, for instance, there have been cases based on the European Convention on Human Rights. It would be negligent for a lawyer not to be aware of courses of action which have opened up as a result of landmark decisions concerning the duty of states in relation to human rights and climate change.

The IBA also recommends that bars should establish climate crisis committees, which can develop best practices for lawyers in combating climate change. I support this, provided it is within the realm of what lawyers do in their daily practices.

The more climate-friendly travel statement is ironic, in view of the dependence of the IBA’s own business model on large training events and other conferences to which people often travel by air (myself included).

And that is how we close the circle – seeing how Covid-19 might lead to more sustainable business models in all organisations, including legal ones.