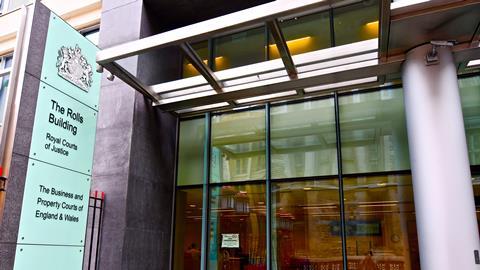 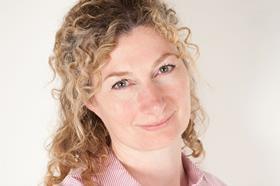 When it comes to costs, litigators could be forgiven for thinking that the pressure is always in one direction: downwards. But recently, some developments on guideline hourly rates (GHR) have bucked that trend.

There is already a Civil Justice Council review of GHR under way – carried out by a working group led by Mr Justice Stewart. Many lawyers are quietly optimistic about this.

Then we have also had two favourable court rulings recently; the latest one being given by Judge Hodge in Cohen v Fine & Ors [2020] EWHC 3278 (Ch) this month.

In a judgment that is likely to win the judge some socially distanced high fives from lawyers practising throughout the Business and Property Courts, Hodge drew on his experience of sitting in those courts both in the Rolls Building and the north-west, to assert that until the CJC’s formal review is published, ‘the guideline hourly rates should be the subject of, at least, an increase that takes due account of inflation’.

Given that the present GHR figures have seen no increase at all for a decade, the judge tapped on his calculator and decided to award a generous increase of 35% on the current rates for Manchester and Liverpool.

This welcome ruling came hot on the heels of a similarly positive judgment in September for lawyers who act in the Court of Protection (CoP).

In PLK & others (Court of Protection: Costs) [2020] EWHC B28 (costs), Master Whalen in the Senior Court Costs Office (SCCO) found that costs should be awarded at 20% above the GHR.

Noting that 10 years had passed since rates increased, the judge made many friends in the profession when he said: ‘I do not merely express some empathy for deputies involved in CoP work, I recognise also the force in the submission that the failure to review the GHR since 2010 threatens the viability of work that is fundamental to the operation of the Court of Protection and the court system generally.’

Why have the rates been left to stagnate for so long? Essentially, because a previous attempt to revise them in 2014 ended in failure. A CJC sub-committee led by Mr Justice Foskett – of which Hodge J was a member – was tasked with recommending new rates. But lawyers were unforthcoming with commercially sensitive information surrounding what they charge their clients. While the sub-committee did recommend changes, the then master of the rolls Lord Dyson declined to implement them because he said they were not based on adequate evidence.

Will the latest CJC review suffer the same fate? Hopefully not. This time the review is only aiming for ‘broad approximations’ of what the rates should be, rather than trying to establish the inner workings of current charge-out rates and profit costs. It will be using data based on the rates allowed by costs judges in the regional courts and the SCCO, as well as information provided by law firms.

At the time of writing, the review is understood to be on target to publish a proposed set of revised guideline hourly rates by the end of this year, which can garner feedback from the profession before being formally introduced. But that will not necessarily be the end of the matter.

It has not escaped the notice of the CJC’s GHR working group that the world has changed. When the rates were originally drawn up, setting one rate for regional firms and another for London firms made perfect sense. London firms face much higher rents and also greater salary costs. But is that still relevant today? And what about in a few years’ time?

Now that the remote working genie is out of the bottle, it is never going to squeeze itself back in. Many firms will still want a plush office in central London, or indeed another city centre, where they can meet and impress clients. But above the swanky reception area, will they still want all those soulless, strip-lit floors of partitioned work stations and the occasional potted plant? Or will much of this space – when the terms of the lease finally allow it – be relinquished, as most of the firm’s workforce choose to spend more of their time working from a corner of their own home? That could significantly reduce a law firm’s overheads, particularly in London but also in the regions.

It is probably too soon for the forthcoming review to decide how the new working environment should be best reflected in guideline hourly rates. We are not out of the pandemic yet, and even when we are, many firms are still tethered to leasehold contracts on their expensive premises.

But whatever GHR changes are introduced this time, the level and structure of the rates are likely to be reviewed again pretty soon – once the dust has settled and the new working landscape for lawyers becomes discernible.