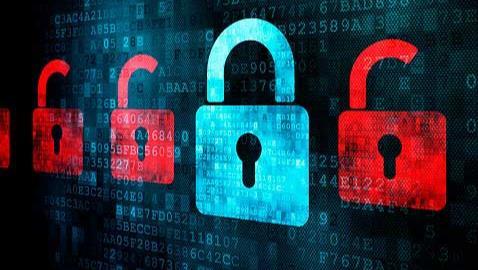 Firing pulses of laser light from space sounds more of a job for a James Bond villain than for a law firm. Yet if all goes well this will be part of a package of technologies being put together by an international firm and a high-tech startup to put clients in control of their data - and protect them from an emerging global threat to the way that sensitive computer data is safeguarded today.

The threat is from computer processors which exploit bizarre phenomena at the sub-atomic level. These include the ability for a particle to be in two states at the same time (superposition, as illustrated by the famous Shrodinger’s cat thought experiment) and the apparently spooky phenomenon of entanglement, where measuring the state of one of a pair of particles simultaneously changes the state of the other, even at a distance.

Unlike the bit in a digital processor, which can represent only two states (zero and one), a so-called qubit can represent many different states simultaneously, allowing a quantum computer to tackle many problems at once.

Quantum computing was thought up in 1981 as a way of modelling the quantum universe. It is now emerging as a practical technology, with companies including Google and IBM offering access to quantum processors - delicate machines which must operate at temperatures close to absolute zero - as a cloud service.

The prospect has excited researchers in several different fields. In artificial intelligence, quantum technology may be the most likely way of creating a machine capable of ‘general AI’, as opposed to the trained special-purpose algorithms which are today mistakenly labelled ‘intelligent’. However the biggest stir is in cybersecurity, because quantum computers seem to offer a way of cracking mathematical problems used to secure data on the web.

One such is the mathematical formulation which today secures the vast bulk of transactions across the internet. Most digital handshaking protocols - for example the one behind the ‘https’ prefix indicating that a web link can be trusted for transactions - rely on dual-key encryption, where data is encoded and decoded with a pair of keys, one public and one private. Dual-key encryption is secured by the one-way nature of a mathematical formula: it is easy to multiply two prime numbers, but the reverse process, factoring, is far more difficult. A digital computer has to try each possible solution in turn. Make the original prime numbers large enough (we have known since Euclid that the choice will be infinite) and factoring becomes impossible even for the supercomputers installed by the world’s intelligence agencies.

A quantum computer, however, approaches the problem differently. A sufficiently large array of qubits could in theory test each possible solution simultaneously, cracking the code in an instant. We presume that no quantum machine is yet able to do that, but the imminent possibility is already encouraging the stockpiling of currently uncrackable data by state-sponsored agencies, organised criminals - and, most worryingly, parties overlapping the two.

Law firms are known to be prime targets, with about one in five reporting being subjected to attacks. Earlier this year City firm Gateley made a rare admission of a loss of client data - as a listed business it is required to report such incidents, but the attack is far from unique. International firms with clients of interest to well resourced state-sponsored agencies can expect snooping attempts.

This is where the space lasers come in. According to international firm Dentons, the way to secure systems against quantum-powered attacks is not just to make the encryption algorithms more complicated but to turn to quantum technology itself. ‘The answer is not in maths but physics,’ says Dr Justin Hill, an IP partner with a PhD in semiconductor physics. Dentons has partnered with a niche startup, Arqit, to develop a system that transmits data encoded in the quantum state of individual photons. Thanks to the well-known uncertainty principle, the very act of measuring a particle at the sub-atomic level changes its state, so any interception will collapse the system. And because, unlike light waves, individual photons do not travel far in optical fibres, they are beamed down from satellites in space.

The idea is to use this process to distribute encryption keys to secure individual messages, thus achieving the holy grail of secret coding - the one-time pad in which each message is encrypted by a securely shared formula which is changed every time. The buzzphrase is 'computationally secure'.

Dentons says it is working with Arqit to co-develop a 'quantum safe, self-sovereign identity system', which allows clients to control their own identities and selectively grant access permissions as required. Permissions and transactions are recorded in another cutting-edge security measure, distributed ledger technology - which, in turn, depends on uncrackable encryption. The first deployments will be in client onboarding and verification.

Technological overkill? Perhaps - for the current level of threat. Of course it is always possible that quantum computing will not be the game-changer expected: the problems of scaling up qubit arrays and engineering them into a viable commercial product may prove to be insuperable. But it would be unwise to bet on that.