The SKAT case was one of the biggest civil litigation claims before the English court. Mark that – was. In a huge decision, the entire multi-billion pound matter has been disposed of at the first opportunity by the High Court. 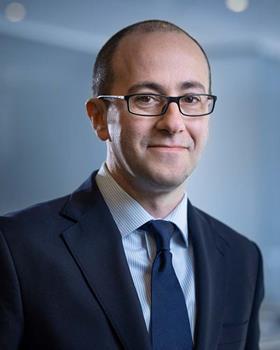 The claims – SKAT is short for Skatteforvaltningen, the Danish Customs and Tax Administration – had been brought as part of a wide-reaching pursuit to recover circa £1.5 billion lost in 2012 to 2015 to dividend tax reclaims which SKAT alleged it was not liable to pay. Its various causes of action – against more than 100 defendants in total – included allegations of fraud, negligent participation and negligent misstatement.

The trial was expected to last more than a year. Two mini-trials to address preliminary issues that would subsequently inform the main proceedings were themselves on the scale of serious High Court litigation.

It is the first of such mini-trials that has given rise to the decision of Mr Justice Andrew Baker: to dismiss all of the claims in one go.

What was the cause? The Revenue Rule.

The judgment in Skatteforvaltningen (the Danish Customs and Tax Administration) v Solo Capital Partners LLP (in special administration) and many others [2021] EWHC 974 (Comm), handed down on 27 April 2021, focuses on Dicey Rule 3.

A.V. Dicey, the nineteenth century jurist and scholar, is the father of a leading legal text, Dicey, Morris & Collins on the Conflict of Laws. Rule 3 holds that the English Court has no jurisdiction to entertain an action for the enforcement, either directly or indirectly, of a penal, revenue or other public law of a foreign state. As it applies to tax, this is known as the Revenue Rule.

The first of the SKAT mini-trials focused on whether or not the Revenue Rule applied to the SKAT litigation. Were these claims to recover monies lost by fraud and other causes of action alleged on a daily basis by private citizens, or was it an attempt to bring in tax revenues, albeit those that had been collected once, and then paid out on an incorrect premise?

SKAT’s position was the former; key defendants alleged the latter.

The Revenue Rule trial took place over four days in March. In his judgment, handed down this week, Mr Justice Andrew Baker agreed with the defendants.

In his 58-page judgment, the judge considered Dicey Rule 3, and a series of cases relating to the application of that Rule in the SKAT claim.

He said: 'My conclusion is that all of SKAT’s claims are, in substance, claims seeking to enforce here the Kingdom of Denmark’s sovereign right to tax dividends declared by Danish companies, and the WHT and WHT refund systems established by the WHT Act, the Danish tax statute by which that right is given specific content. The central interest of SKAT, and of the Kingdom of Denmark in whose interests the claim is brought (if it is meaningful to distinguish between SKAT and the Danish state), in bringing all these claims, is to vindicate that sovereign right and have it enforced indirectly here.

'Though SKAT has framed its claims as private law causes of action, what those claims seek, in substance, is payment to SKAT of amounts of dividend tax it failed to take in the tax years in question, it not being right to distinguish when characterising substance for the purpose of Dicey Rule 3 between dividend tax never paid and dividend tax conditionally collected as WHT but paid away by SKAT by way of WHT refunds. SKAT’s claim against the WHT refund applicants for the WHT refund to be returned is, in substance, a claim to tax. Such claims are not admissible in this court.'

And, with that, he concluded: 'The result is that by the application of Dicey Rule 3 in these proceedings, all of SKAT’s claims fall to be dismissed.'

The sheer scale of the SKAT litigation suggests this story is far from over: Mr Justice Andrew Baker’s judgment will be scrutinised in microscopic detail, and the appellate courts may well find the claims in their lists before long.

So, for the time being at least, it would seem that further consideration should be given to Dicey Rule 3. The law, as ever, continues to evolve.

Nick Leigh is a senior associate at Rosenblatt