Does Arkin cap no longer fit?

High Court ruling has got litigation funders staring rather nervously at the ceiling. 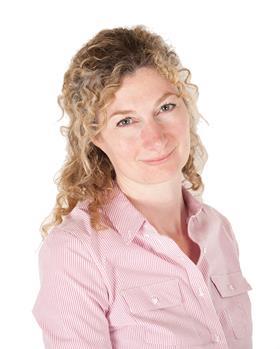 A hairline crack that has been visible in the plaster since 2009, when Lord Justice Jackson published his Final Report, has suddenly got that bit wider. If it goes no further, funders can continue to sit comfortably and carry on with business as usual. But if the crack expands, they may find themselves brushing dust from their shoulders as the ceiling comes down on one of their most cherished judicial inventions: the Arkin cap.

So what is the Arkin cap and why is it under threat? It stems from a 2005 Court of Appeal ruling in Arkin v Borchard Lines Ltd (Nos 2 and 3) [2005] 1 WLR 3055. The claimant, who owned a shipping business, brought a ‘disastrous’, unsuccessful claim alleging anti-competitive practices by four defendants. With legal aid withdrawn, Mr Arkin’s lawyers acted under a conditional fee agreement, and he turned to litigation funders to meet the cost of expert evidence, which they funded to the tune of £1.3m.

When the claim failed, Arkin had no cash to meet the £6m or so owed in adverse costs, and so the defendants pursued the funder instead. But how much should the funder fairly be on the hook for? The appeal judges found themselves in a difficult position. For the successful defendants to recover nothing was grossly unjust; but to whack the funders over the head with the full £6m costs bill, when they had financed only part of the claim – the expert evidence – could have a dangerous knock-on effect for access to justice, deterring funders from supporting claims.

The solution was to invent what has become known as the Arkin cap. The funder was ordered to pay adverse costs, but only up to the level that they invested in the case: £1.3m.

Technically, the Arkin cap only applies where a funder is just funding part of a claim, not all of it. But in practical terms it has been interpreted more widely, to cover all applications for costs against funders. So the cap protects funders from an open-ended exposure to what could be vast sums in adverse costs, particularly in claims where there are multiple defendants. It is no wonder that funders are so fond of it.

Why, then, is the Arkin cap now at risk? In December’s High Court ruling in Bailey v GlaxoSmithKline UK Ltd [2017] EWHC 3195 (QB), Mr Justice Foskett pulled a thread that may begin an unravelling of Arkin.

Foskett was dealing with the defendants’ application for £6.8m in security for costs, sought against the claimant’s litigation funder, Managed Legal Solutions. MLS was ‘balance sheet insolvent’, relying on its sole shareholder for liquidity, and this made it an ‘inevitable target’ for a security for costs application. But MLS argued that any security should be capped at the level of its current funding facility, £1.2m, in line with Arkin. The defendants, however, protested that Arkin did not apply in relation to security for costs; and they urged that applying the cap would cause ‘substantial injustice’ in this case. 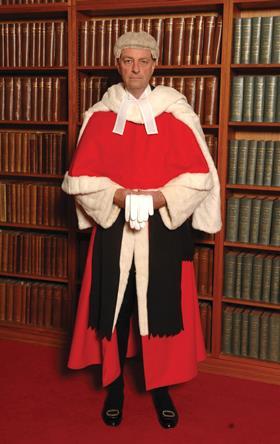 In a careful judgment, Foskett looked closely at the judicial reasoning behind the Arkin case. But he also quoted from Lord Justice Jackson’s analysis of Arkin in his 2009 Final Report. Jackson saw merit in the criticisms of Arkin brought to him by organisations such as the Commercial Litigation Association, which argued that the cap tilts the balance in favour of funders. He said there was ‘no evidence’ that full liability for adverse costs would ‘stifle third-party funding or inhibit access to justice’, and noted that ‘experience in Australia is to the opposite effect’. Jackson recommended that litigation funders should be exposed to adverse costs without the benefit of the Arkin cap, with the extent of their liability to be decided by the judge in each case.

So what did Foskett decide in Bailey? He rejected the notion that an order for security for costs against funders must be limited to the £1.2m invested; and after reducing the defendants’ £6.8m figure, which he did not consider would realistically be recovered, and taking into account issues concerning after-the-event insurance, he ordered MLS to pay security of £1.75m.

The judge acknowledged that, at the end of the proceedings, the Arkin cap may still be held to apply; in which case the £550,000 paid into court in excess of the cap could simply be returned to MLS. But he said it would be ‘wrong to ignore the possibility that the cap may not be treated as applicable in the circumstances of this case’.

Is this the beginning of the end for a bountiful benefit enjoyed by funders since 2005? Whether through the Bailey ruling or by other means entirely, time is surely running out for the Arkin rule. The sums at stake for the funding industry are huge and would more easily be absorbed by the biggest players in the market than their smaller rivals. But the more the funding sector is seen to expand and thrive, the harder it is to argue that this protection – which comes at the expense of successful opposing parties or indeed claimants themselves – is justified.

It is only a matter of time before the crack in the ceiling opens up. But we can also be sure that when it does, the litigation funding industry will find a way to adapt.