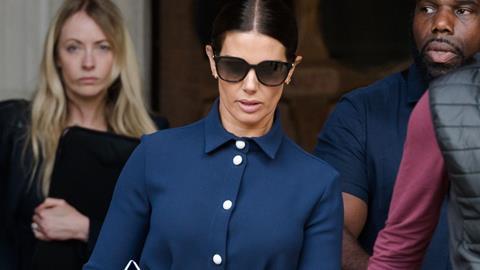 Unprepossessing it may be, but the so-called Wagatha Christie trial has generated as much hot air outside the court as within.

The media sneer at and deride Rebekah Vardy and Coleen Rooney while reporting their squabbles in painstaking and exhaustive detail.

Then there are the commentators – and I include myself – who have lambasted the whole thing as a colossal waste of the court’s time and resources. Of course it is a colossal waste of time and resources, but we don’t throw anywhere near the same opprobrium when the litigants are wealthy individuals writing blank cheques to have their own personal vendettas played out in the hallowed surroundings of the Royal Courts of Justice. The fact that these wealthy litigants with more money than sense happen to come from a very different background to most rich people abusing our courts should not be a green light to condemn them any more than others.

While the world of celebrity has fared pretty badly from the coverage, the legal profession has hardly won many plaudits either. There remains the sense from some commentary that these women were encouraged (or certainly not discouraged) from taking this all the way to trial, where the lawyers would stand to enjoy a bumper pay day.

The Guardian’s Marina Hyde was right to say that one of the biggest lessons from this episode is not to litigate but to avoid court at all costs. It is salient advice, but let’s not forget that it’s advice that the vast majority of litigation lawyers would also offer their clients.

Contrary to the view some might take, the role of the skilled litigation lawyer is more often than not to steer clients away from litigation. One solicitor told me last week, reflecting on the Vardy-Rooney trial, that they would see ending up at trial as a sign that they had failed. Far better, instead, to guide clients towards mediation or some other form of negotiation and save costs along the way. A client taking matters to court might ensure one big payday, but they are hardly likely to seek out that lawyer when another dispute arises. A client avoiding litigation is more likely to be a repeat customer.

That’s not to say that every client will take your advice to settle – as many battle-hardened will no doubt attest to. Some will want their day in court and will not be dissuaded – even if, as another practitioner once told me, the law is not interested in whatever principles you might have.

But the idea that lawyers will let matters go to court to ensure a costs windfall is unfair and outdated. The best litigation lawyers will pride themselves on finding resolution and avoiding exactly the kind of circus that has played out in the RCJ these last two weeks.