In the wake of World Autism Awareness Week (26 March-2 April), just how aware is the legal sector of the issue of neurodiversity? Law firms are certainly having to get themselves up to speed on diversity. In recent years many have embraced and significantly invested in initiatives for the LGBT community, progressing women’s careers and attracting applicants from BAME and lower socio-economic backgrounds. But neurodiversity is perhaps a new one for many in the profession. 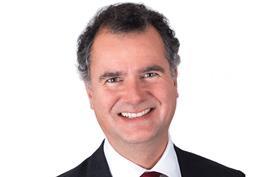 While World Autism Awareness Week is intended to highlight the challenges faced by individuals on the autism spectrum, and there is generally more public consciousness of autistic people and their condition than there used to be, neurodiversity continues to be overlooked.

The word ‘neurodiversity’ does not just cover those on the autism spectrum but is an umbrella term which includes all who may be neurodivergent in some way, including those with conditions such as dyspraxia and dyslexia. Ultimately, it acknowledges that human brains may be wired in many different ways and people will not always think or behave in the same way. However, this can be considered a positive thing and turned to the employer’s advantage, even in a corporate world where conformity was once highly prized.

Some estimates suggest 10% of the population are neurodivergent. Despite this, a recent poll by the CIPD reveals that only one in 10 HR professionals considers neurodiversity in their management practices. Frankly that figure seems a little on the optimistic side – I’ve never seen a law firm staff handbook with a ‘neurodiversity policy’ in it.

Some other sectors are ahead of the law on this. GCHQ has a neurodiversity programme, while Microsoft and JP Morgan are actively trying to recruit a more neurodiverse workforce. This is not just political correctness; there are obvious business benefits. To ignore the neurodiverse means employers are potentially missing out on a valuable source of highly skilled talent.

People with Asperger syndrome often have above-average intelligence and their ability to focus on fine detail and collate information can be outstanding. These are skills which would clearly benefit a law firm. People on the autistic spectrum often have particular sensory issues with noise and light, so a quiet, solitary working environment, which can often be found in law firms, is likely to bring out their best.

Not all neurodiverse employees will be ‘disabled’ for the purposes of the Equality Act 2010, so it may not be a priority for firms to think about making adjustments for them. However, small and inexpensive changes could make a huge difference to how someone copes in an office environment and ultimately how effective they are. Neurotypical employees may also benefit from policies designed for their neurodiverse colleagues. For example, a panel interview may prove daunting for an autistic recruit so a task-based assessment might be more appropriate. For those who find concentrating in an open-plan office environment problematic, headphones may provide a solution.

Some people on the autistic spectrum may find face-to-face or phone conversations difficult and prefer email communication, where they can have everything clearly written down so there are no misunderstandings. Neurotypical people might interpret this behaviour as anti-social but employers need to educate team members about a colleague’s condition and be alive to the fact that some of the symptoms of being neurodiverse can come across in a negative way. Because of this, neurodiverse employees are particularly at risk of bullying. Staff training to increase recognition and understanding of this complex issue should be considered as a matter of urgency by those in the legal profession to ensure neurodiversity is a win-win for everyone.