Flying a kite in a storm 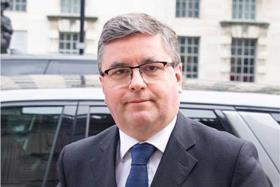 Lockdown has given us ‘a golden opportunity for a radical rethink of how we do trials’, says Lady Hale. In a four-minute monologue released by BBC Sounds on 22 June, the former Supreme Court president questioned the courts’ reliance on oral hearings. Other ‘sacred cows’ included ‘our belief that a witness’s demeanour and body language can reveal whether he or she is telling the truth’. And perhaps above all, she added, ‘our faith in trial by a jury of 12 randomly selected members of the public as the greatest protection against the wrongful conviction of the innocent’.

We might be able to preserve jury trials without the need for social distancing if jurors wore face masks, she continued. ‘But a more radical solution would be to rethink why and when we need a jury trial.’ A judge sitting alone would have to give detailed reasons. ‘But judges can get case-hardened. Better still might be a judge sitting with two lay people, rather like the jurat system in the Channel Islands.’

The lord chief justice may have thought he was being helpful to Buckland by flying one of the justice secretary’s kites. Unfortunately for Burnett, the wind blew it straight back in his face

Hale’s idea was strikingly similar to a suggestion earlier in June from the lord chief justice. ‘A possibility that I believe is worthy of consideration by policymakers,’ Lord Burnett of Maldon told me in an interview for Radio 4’s Law in Action, ‘is to legislate to enable, for a short time, the disposal of either-way trials in the Crown court by a judge sitting with two magistrates. That would retain the lay public involvement in trials, but give rise to none of the difficulties of social distancing that attach to having a jury involved in a trial.’ In an either-way case, the defendant may ask to be tried in the magistrates’ court but currently has a right to jury trial.

A week after Burnett’s interview was broadcast, the justice secretary Robert Buckland (pictured) referred to Burnett’s proposal in response to a question about lockdown from the Commons Justice Committee. ‘There may well be a way forward here in managing those cases with a judge and two magistrates,’ Buckland told MPs.

The outcry was inevitable, immediate and irresistible. Juries try only around 5% of criminal charges. But trial by jury is enormously symbolic. Lawyers were united in opposing any restrictions on its availability – however temporary and however limited.

Crucially, any change would require legislation. As a constitutional reform, the bill would have its committee stage taken on the floor of the Commons. The House of Lords – which rises a week after the Commons – could delay the bill until after MPs leave for their holidays in little more than two weeks’ time. But for the new law to be of any use, it would need to be in force by September. So the justice secretary made no mention of restricting jury trials in his statement to parliament last Wednesday.

Instead, he spoke of introducing safety measures so that Crown courts could be reopened. Twenty-five courtrooms were now in use, he reported. A day earlier, Buckland announced that around £10m extra would be spent on building new court facilities and a further £95m would go towards court maintenance this year – in addition to £48m already planned. This was the biggest single investment in maintaining the court estate for more than 20 years. But critics saw it as merely restoring cuts that should never have been made.

Will this be enough to clear the backlog if jurors no longer have to sit a full two metres apart? It seems that the government has not given up the idea of reducing the number of jurors needed for each trial from 12 to nine or even seven. That too would require legislation, but it might be easier for the government to get through parliament.

Sitting with fewer jurors was another of the ideas that Burnett has been backing recently. But reducing their numbers is likely to make juries less representative of society. And the two magistrates sitting with a judge under Burnett’s other suggestion would be even less typical. The only magistrates who could give up weeks at a time to try a case would be those who were retired, unemployed or of independent means.

The lord chief justice may have thought he was being helpful to Buckland by flying one of the justice secretary’s kites. Unfortunately for Burnett, the wind blew it straight back in his face. And Hale may be right to suppose that judges are better than juries at preventing miscarriages of justice. But the middle of a crisis is not a golden opportunity for a radical rethink. It is the worst time of all.

Law reform needs to be calm, methodical and measured. Of course, the judges should be consulted. But as they themselves are fond of saying, some things are best left to parliament.