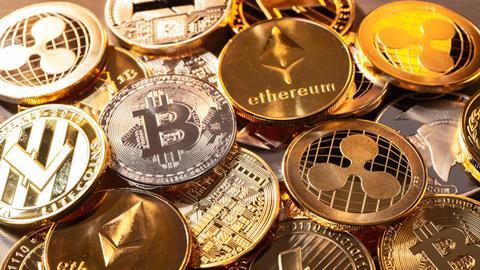 Heed the shoeshine boy theory - but crypto is more than Bitcoin

The story goes that Joe Kennedy Sr. knew to get out of the stock market when shoeshine boys started giving him share tips. It was October 1929. Among other things, his prudence enabled him to buy a path to the White House for his son.

Ever since, the 'shoeshine boy' theory has been a reliable indicator of when to cash out of an investment bubble.

But cryptocurrency exchange service Luno had either never encountered the theory or (more likely) was having a dig at conventional wisdom when it plastered London buses with the advertisement 'If you're seeing Bitcoin on a bus, it's time to buy'.

Whichever, the Advertising Standards Authority was not amused. It has condemned the ads as misleading and irresponsible. The likely audience, it ruled, would not have extensive financial knowledge and experience of Bitcoin, and would expect that the exchange of Bitcoin would be regulated, with legal protection in place for investment activities. In fact, this was far from the case, and the material fact that the Bitcoin market is unregulated should have been made clear in the ad.

Overall, 'We considered that consumers would interpret the statement “it’s time to buy” as a call to action and that the simplicity of the statement gave the impression that Bitcoin investment was straightforward and accessible,' the ASA ruled. Luno said that the ad would not appear in the same form again.

However if the watchdog thinks it can keep shoeshine boys - or whatever the modern equivalent - out of crypto investments, it may be too late. Lobby group TheCityUK estimates that an astonishing 9.8 million people in the UK - one fifth of the population - own crypto assets. It is hard to believe that they are all experts in distributed ledger technology. But neither are they all fools: you cannot spend five minutes in even the most gung-ho crypto forum without becoming aware of the extreme volatility of the market. In just the latest big swing, Bitcoin lost a quarter of its value last week following critical comments by a former evangelist, Elon Musk. Everyone knows that other crashes are coming, but believing we can second-guess the market is basic human nature.

Saving such people from themselves is an obvious reason to regulate the crypto asset market. As the ASA ruling suggests, investors may be led to assume by the sheer weight of financial services regulation elsewhere that the market must be regulated already.

In fact, work on regulation has only just begun. The Law Commission last month set its stately wheels in motion, with a call for evidence to inform a consultation paper on digital assets.

Meanwhile TheCity UK has called on the UK to set a global 'gold standard' in regulation. In a policy paper published this week, the group says the government should act quickly - while recognising ’that not all uses of [digital ledger technology] need to be regulated’. The challenge, it points out, is 'finding the appropriate balance between encouraging innovation and providing regulatory clarity, and ensuring that legislation mitigates possible risks raised by the relevant activities'. It proposes an innovation-friendly ecosystem based on 'a principles-based, outcome-focused approach to regulation, so that existing regulatory solutions and frameworks can be adapted quickly, if required and appropriate'.

The City is right to call for urgency. While it may be tempting to let the modern equivalent of shoeshine boys learn the lesson of caveat emptor, the crypto story is much bigger than the Bitcoin bubble. Smart contracts, for example, are set to transform many business sectors, including legal services. We need to bring crypto inside the regulatory tent lest the coming crash provoke a populist backlash which strangles the emerging sector at birth.

Michael Cross is Gazette news editor. He has no personal position in crypto assets.