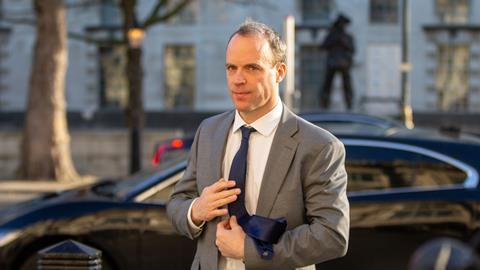 Nothing is more frustrating for a legal commentator than the few days running up to the Queen’s speech. That’s when one of the justice secretary’s special advisers briefs sympathetic political correspondents on whatever legislation the department hopes to get through the next session of parliament. Such briefings may be selective at best and misleading at worst. And when one non-lawyer tries to explain legal reforms to another non-lawyer, misunderstandings are more likely than searching questions. 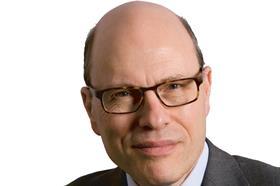 The new legislative programme will be outlined on Tuesday. But we cannot be sure of the government’s intentions until we see the details of its legislation – and perhaps not even then.

Last July, the government published its judicial review bill. One clause would have required a court to suspend quashing orders or limit their retrospective effect ‘unless it sees good reason not to do so’. Last week, though, the government agreed to drop that presumption.

Had it planned the concession all along? I’m sure the government would deny that. But Lord Anderson of Ipswich QC told peers that the presumption ‘was a curious and misshapen thing – so much so that I did wonder when moving against it whether it was always intended to be the hunk of meat that would be thrown off the back of a sledge to distract the ravening wolves’.

And now we have human rights reform. All we have to go on are scraps thrown to hungry reporters. A report in last Saturday’s Times began by saying that the proposed legislation would ‘lead to the automatic deportation of serious foreign criminals in most cases’. Two paragraphs down, though, we were told that offenders would not be deported if this would breach their right to private and family life – though it would be the ‘narrowest possible exemption’, for example if a close relative of the offender was dying.

The courts often have to balance the right to private and family life under article 8 of the human rights convention against freedom of expression, protected by article 10. Dominic Raab (pictured) wants to shift that balance. Free speech, reports The Times, would now be restricted in only the ‘most exceptional of circumstances’.

And how is the government going to achieve this? The threshold, we are told, will be ‘decided over the summer’. No chance of a bill before the autumn, then.

It is gratifying to see Boris Johnson backing legislation that would make it easier for newspapers to expose the private lives of politicians. And I don’t particularly mind deporting itinerant criminals to the countries where they live – so long as this punishment is not applied to those who were brought to the UK as children and who, for whatever reason, have not yet been granted British nationality.

But if juggling articles 8 and 10 is pretty much all this legislation will do, I find it hard to understand how Raab can describe it as a bill of rights. That resonant title suggests a root-and-branch constitutional reform, or at least a comprehensive restatement of our liberties. What we are expecting looks more like a Human Rights Act (Reform) Act.

‘The title will be a bill of rights,’ Raab told me in March. ‘The main articles of the ECHR will remain incorporated in a schedule, but in terms of certain substantive changes we’ll make – to article 8 in relation to deportation of foreign national offenders; the changes that we’ll need to make to accommodate things like reforms we’re making to parole to make sure we can protect the public; and the changes we will need to make to strengthen freedom of speech – those things will all be substantive changes.’

What impact will the legislation have? ‘Some in government believe [it] could lead to Britain leaving the European Convention on Human Rights,’ The Times reported. But they do not include the justice secretary, who has made it clear on countless occasions that pulling out of the convention is not the government’s intention. That would lead to UK’s expulsion from the Council of Europe – just like Russia.

Raab certainly wants UK judges to interpret the convention in their own way, freed from the statutory obligation to ‘take into account’ rulings from the human rights court in Strasbourg.

Our courts might continue to follow these rulings after the Human Rights Act is amended, in which case nothing will change. Alternatively, UK judges may begin to diverge from Strasbourg. That raises two possibilities.

Either the human rights court will take more account of decisions from the UK courts, bringing their jurisprudence closer to ours. Or Strasbourg will find that the UK has breached convention rights, which means the government of the day will have to put things right unless it wants a showdown with other Council of Europe states.

But it will be years before we know the result of Raab’s reforms.