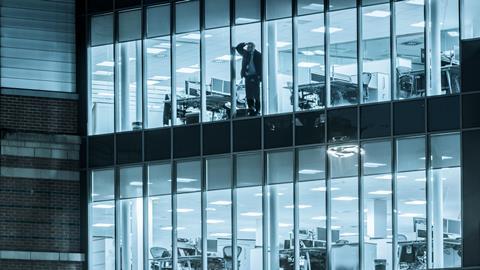 We are in peak out-of-office season. The only thing worse than working through this glorious weather is knowing that others aren’t, and those dreaded OOO messages are all the more annoying for it.

Nevertheless, September will soon be upon us and with it potentially the reintegration of teams who have largely spent the last 18 months looking at each other through a screen. But while Teams meetings and iffy Wi-Fi connections have been a pain, at least they were vaguely a bonding exercise for those taking part. The hybrid return to the office presents a unique and almost unsolvable problems for mid-sized firms trying to keep a semblance of the togetherness and team spirit that in theory should set them apart. With remote firms circling any disgruntled employees, the question of how to hang onto staff is now a pressing one.

The solution, for the biggest players, may well be to chuck money at the problem. The unedifying scramble to offer junior lawyers ever-increasing salaries (note the offer never seems to include a better work-life balance) is all part of efforts to halt any thoughts of jumping ship.

The smaller firms cannot afford such largesse, and have always relied on that intangible extra something as part of their offer to the team. This might be the drinks trolley coming round on a Friday afternoon, the all-staff lunches, the yoga clubs, the book groups. Not everyone took part but those that did felt that bit more welded to their firm and more loyal as a result.

The majority of returning staff members will want a form of hybrid working: some time in the office and some time elsewhere, avoiding the commute and spending quality hours with family. Most who want to be in the office at some point would choose to do so because they want to see colleagues, but of course the issue will be that not everyone will be (or even could be) in at the same time. The danger is that many offices will simply be half-empty rather than the hub of activity that hybrid workers envisage.

An HR director at one firm told me last week their biggest fear is that the business turns virtual almost by accident. Without the group activities that bond the staff, what exactly are senior solicitors coming to the office for? Once that thinking starts to creep in, the concern is that those workers will feel less inclined to stay with the firm. Assuming salaries can’t be hiked, if people feel like they already work for a virtual firm, they might as well join one. The great advantage of these emerging firms is that they don’t just provide the back-office functions that their lawyers need, but they are attuned to the social and networking side of work that people need. The traditional firm is not best placed to serve this when offices are half-empty and they don’t have everyone in on the same days.

Another challenge is going to be those virtual meetings we have become so used to. Anyone forced to come into the office will hardly be thrilled to speak with colleagues able to log on from comfortable home surroundings. Lawyers have also told me that hybrid meetings, where some are at home and others in the office, have been harder to follow and listen to, especially for those joining from large conference rooms.

These last 18 months have been a logistical nightmare for medium-sized firms, but most have survived and even thrived in spite of such obstacles. The daunting prospect is perhaps that the return to the office is the biggest challenge of all.