In the pandemic, pro bono work has never been more vital

Twenty-three years ago, Imran Khan represented the Lawrence family in their quest for justice after the murder of 18-year-old Stephen Lawrence. 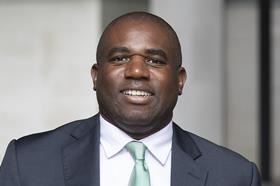 The Lawrences’ pursuit for justice has been described as a defining moment for British society, which made the country think differently about the way in which the criminal justice system operates. The outcomes of this case have led to vast legal and social change.

Khan did not represent the Lawrence family for a pay-cheque. He took the case on pro bono because he saw a blatant injustice that he wanted to help put right. By representing the Lawrences, Khan gave the family access to representation they would otherwise have been denied – and in so doing helped change the legal system in which he worked.

Fair access to legal advice and representation is a hallmark of any democratic society. It is a tragedy that in Britain this is no longer guaranteed. Cuts of 36% to spending on criminal and civil state-funded advice over the past decade means that legal representation is routinely denied to those who need it. More than 37 million people in England and Wales now live in a local authority without a community care legal aid provider.

Even before the coronavirus pandemic hit, too many Brits on low incomes were unable to get legal advice in cases ranging from eviction to domestic abuse. As we enter an economic crisis which could lead to levels of joblessness not seen since the 1980s, the lack of legal representation will lead to injustice on an industrial scale.

It would be totally wrong to think of pro bono work replacing the broken legal aid system, because the two are inextricably linked. Twenty-three years after the inquest into Stephen Lawrence’s death, Imran Khan said that 'if the Lawrence case landed on my desk today I wouldn’t be able to take it.' He explained that cuts to legal aid rates mean he simply would not be able to sacrifice the time.

When we think of the establishment of the post-war welfare state, we typically think of the National Health Service and social security. The fact that legal aid was also established in 1949 as one of the welfare state’s three pillars is too often overlooked.

In the United States, lawyers are recommended to take on at least 50 hours of pro bono work per year by the American Bar Association. Without such guidance, pro bono work in the UK is reliant on the time lawyers can spare, which dramatically fluctuates.

Speaking to British lawyers of all ages, backgrounds and specialisms, it is clear the appetite to do good in their work remains. Many entered the profession in order to fight for marginalised groups and communities. Initiatives such as LawWorks, which connects people who need representation with pro bono lawyers, are a great example of legal professionals taking the initiative.

However, there is a glaringly absent national pro bono framework in the UK. We can look to the United States for inspiration. The Anti-Racism Alliance has brought together more than 240 US-based law firms, acting as an ‘air-traffic control’, to improve the availability and accessibility of pro bono work. The UK is crying out for similarly coordinated hubs that operate on a local, regional and national level. These could serve as rallying points, both visible and vocal, and become ‘go-tos’ for those needing advice. Crucially, these need to work beyond the M25, bridging the city and town divide in legal advice.

Pro bono work and the legal aid system need to work in unison, to prevent anyone requiring advice or representation slipping through the cracks. Without either one of them, the Lawrence family would not have had access to justice. If you are a lawyer who can spare the hours, please take a moment to consider it.