It is time for quotas 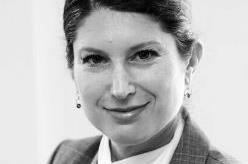 Socially diverse businesses – that is, those whose workforces and leadership represent a healthy mixture of genders, backgrounds, abilities, beliefs and orientations – financially outperform their less diverse peers. So why are so many businesses, and in particular law firms, doing such a bad job on Diversity and Inclusion (D&I)?

It’s clearly not for lack of trying. UK businesses, including law firms, spend billions of pounds annually on D&I initiatives, from contextual recruitment and unconscious bias training to female and BAME leadership initiatives. And yet, according to the latest figures from the Solicitors Regulation Authority, our legal workforce is 97% straight and able-bodied, 79% white and 52% male.

Analysis of why certain diversity programmes fail has found that top down initiatives such as mandatory training and hiring tests can breed resentment by making managers feel they are being told how to build and run their teams. This in turn limits their receptiveness to change and can lead to the selective use of hiring tests to exclude minority applicants.

But focusing too heavily on the relative merits of various initiatives and modes of delivery obscures the greater issue which is that diversity initiatives, no matter how well-conceived, are destined to fail if belief in the value of diversity is absent. And belief must emanate from the top.

The view from the top is poor. Women account for nearly two thirds of all solicitors but less than a third of partners. Just under a third of MPs are women and 4% are BAME women; 29% of court judges are female and 7% are BAME; in the FTSE 100, six CEOs and 19 CFOs are women, none of them ethnic minorities. The number of people with disabilities is so small as to be statistically insignificant.

This is not altogether surprising. Humans are creatures of comfort and we are more comfortable when surrounded by people like ourselves. According to a recent study from the University of Copenhagen, our preference for sameness is so ingrained that we will forego 8% of our salary to avoid working with someone of a different ethnicity. This same dynamic is at work in partnership meetings and boardrooms across the UK.

The message is clear: diversity initiatives alone will never produce the deep-tissue change needed to reap a diversity dividend. If we really want to bed in diversity, we need quotas.

To date, seven European countries have introduced mandatory gender quotas on executive boards. But in the UK, resistance has been fierce. One of the main arguments against quotas is that they tokenise women without altering the underlying structure. This is not entirely without merit. A 2016 Harvard study on diversity and recruitment found that where there is one minority applicant in a candidate pool, there is statistically no chance they will be hired.

However, when the pool was increased to two or more minority applicants, it’s twice as likely that a minority will be hired. If we can get at least two underrepresented groups at the top table, then those groups will have the voice required to bring about real change.

Norway introduced a 40% female board representation requirement in 2006. A decade later, 42% of board seats in Norway were held by women. Spain adopted a measure in 2007. Belgium, France, Italy, and the Netherlands did so in 2011 along with Germany in 2016. These countries now have some of Europe’s highest proportion of female directors.

If businesses won’t step up for diversity, then government needs to step in. That’s not just good for business, it’s good for everyone.

Morgan Wolfe is a commercial solicitor, an expert on diversity and inclusion in the legal sector and member of the Women Lawyers Division of the Law Society