Judging the jury: Why rape trials can still be in safe hands 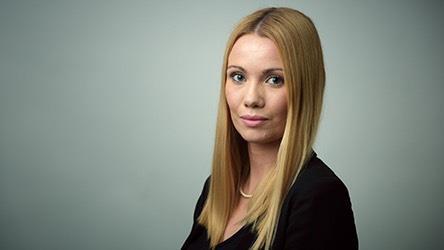 There is only one job you can get today without asking for it. One you can be given whether you like it or not. Whether you want it or not.

A letter requesting an adult serve as a juror in England and Wales is not a polite invitation. It is not a suggestion nor an enquiry. It is a summons. And, if you receive one, it will become your temporary job unless you fall within narrow exceptions. Unlike in the USA, there is no selection process. The parties in a criminal trial get what they are given. Or, more accurately, who they are given.

Juries are snapshots of society. They are invariably age and gender diverse. They will reflect the racial composition of the community. Twelve is a sufficient number to allow for checks, balances and wide-ranging opinion. No one has, yet, come up with a system said to be fairer than a pick-and-mix sample of the public.

By what scale do we measure ‘good’ and ‘bad’ conviction rates? How do we judge the jury? It is tricky territory to navigate.

The hard truth is that resolving rape allegations will be difficult for the decision-maker, whoever they are. If those difficulties were legal in nature, then appointing a professional judge or panel might ‘correct’ the problem. But the difficulties in rape trials are often not legal at all. They are human. What went on, often in private, between two individuals requires a human assessment of the deepest kind. Those assessments are strengthened by diversity and fortified by numbers.

Against that difficult background enter rape myths. Those arguing for the removal of juries suggest jurors may be inclined to adopt outdated preconceptions and biases. A recent survey of the public has revealed disturbing beliefs about both rape and consent.

Rape myths are ugly distortions of human behaviour and the law. The fictitious belief that rapists are towering men lurking in alleys waiting to pounce. The offensive presumption that complainants are always female and offenders are always male. The brutal, broken thinking that if parties have had consensual intercourse before, then it must be consensual again. The dinosaur logic that someone on a dating app must be searching for sex.

However, to conclude that the jury system must be abolished because citizens might be tainted by rape myths is to miss the point entirely. Rape myths need to be excised from the jury box. But they also need to be urgently excised from society. One is a sample of the other.

It is not an impressive or helpful remedy to simply kick the verdict up the road to a professional. The answer must be to educate and re-educate society so that our snapshot, our pick-and-mix of twelve, are always competent and trusted to fairly try anallegation of rape.

The criminal justice system has made real and substantive strides to ensure complainants can give their very best evidence. There has been an impressive effort to identify and dispel rape myths by robust judicial direction. Any juror entering a Crown court with a preconception about rape should not be leaving with it.

The system, however, could do more. There is no reason why a jury selected to try an allegation of sexual offending should not undertake an educational exercise alongside their introductory literature and video. Expert interest groups could feed into the content. The interminable delays that blight jury trials could be utilised to good effect. It is often forgotten that rape myths can cut both ways - education would help both complainants and defendants to achieve fairness. Topics could include consent, reactions to trauma and rape myths. It would serve to reinforce the clear judicial directions jurors habitually receive in these cases. With momentum, it could complement and supplement a wider education of society.

The #metoo movement (and its sister movements) revealed an ugly underbelly of our communities from top to bottom. Could a public education campaign akin to the no-smoking and drink-drive initiatives be required? Public education about consent, sex, harassment and rape is now key.

To suggest that 12 adults are incapable of dispelling inaccurate and outdated thoughts is to do the jury system, and society, a disservice. To argue that the remedy is to abolish the entire jury system is to glide over the reality that they are the best and the fairest we have. Every day, in every courtroom, twelve amateurs are grappling with questions of factual and legal complexity. Every day, those involved in the process are impressed by their commitment and the fair, even-handed way they discharge their duties.

Professional jurors, sitting as judges or panels, will become case-weary. It is an unpleasant truth that the more often we are exposed to human ugliness, the harder we get. A case-hardened tribunal is not a good tribunal. One can imagine a panel subconsciously and unintentionally developing ‘myths’ of their own, entrenched case after case. Such a system would also thrust judicial diversity into the spotlight. A judge alone can, by definition, only bring to the table one gender, one age, one race and one background. A single judge or small professional panel will not enjoy the checks and balances of twelve voices drawing on twelve lives to decide what they can be sure of. The appellate courts will confirm that first instance judges are not infallible. They too can get things wrong.

For both sides, twelve strangers represent the best shot at fairness. Their amateurism is their strength. Untainted by their hundredth rape trial. Unencumbered by preconceptions from other cases. Directed by an experienced judge to dispel myths and return verdicts in accordance with the evidence alone. Armed with the best tools available to assess other humans - their collective common sense and experiences of the world and people within it.

Work should now continue to rid the jury room and society of rape myths to ensure that these, the most human of cases of all, remain in the safest of hands.