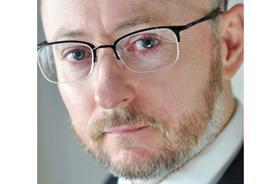 What if I told you that some jurors do not decide cases on the evidence that they hear, but instead on entrenched prejudices and stereotypes that they cannot shake? That as far as those jurors are concerned, the calling of evidence does nothing more than pay lip-service to the concept of a fair trial? Would you be shocked that people could be convicted and imprisoned on the basis of prejudiced and stereotyped jury attitudes? Except that it’s not defendants who are at risk; instead the biases operate against women complainants in rape cases.

Is it factually accurate to say, as Joanna Hardy does in her Gazette article (Judging The Jury: Why Rape Trials Can Still Be In Safe Hands, 11 December), that those jurors who hold firmly held beliefs grounded in myths and prejudices can simply shelve them when a judge tells them to? Is she right to observe that, ’to suggest that 12 adults are incapable of dispelling inaccurate and outdated thoughts is to do the jury system, and society, a disservice’?

In truth, justifications for the jury system represent only a collection of principles and theories, because it is impossible to test in the real world if they are soundly based. We can assert that we prefer the principle that a jury should decide a rape case, rather than (say) a judge. But research now shows us scientifically that holding to that principle means we must thereby accept that prejudices and stereotypes will weigh in the balance against women complainants; that is the price to pay.

Dominic Willmott’s research* represented the first occasion when a scientific investigation was launched to psychologically assess rape jurors and conduct advanced analytical scrutiny of the decision-making process in a manner which replicated a real trial environment. This is perhaps the nearest that any psychological research has ever got to real-world testing. The process involved established scientific measures and psychological procedures and ’juror’ testing pre-trial. It aimed to investigate whether or not there was evidence of a relationship between juror characteristics (demographics, psychological traits and crime specific attitudes) and individual verdict decisions within rape trials. Crucially it involved a genuine enquiry; there was no assumption one way or the other about the value of juries in rape cases.

Selecting members of the public at random from the electoral roll, researchers sent out mock jury summonses to hear a criminal trial. ’Jurors’ were told it was based on a real case. Nine mock juries were assembled and nine verdicts ultimately taken. The trials were conducted, and presided over, by experienced criminal barristers. The barristers were given free rein to conduct their cases as they saw appropriate, the trial proceeded exactly as a criminal trial would, with full jury directions including the now-standard stereotype direction.

All jurors completed self-report questionnaires before the onset of the trial, put together with ’industry-approved’ integrity so that the jurors could not cheat by giving answers that they may think the organisers would consider more acceptable. The researchers were able to assess the jurors against recognised psychological traits and attitudes including:

a. Affective Responsiveness: the ability to respond to emotions and the feelings of others, similar in nature to the concept of affective empathy;

b. Cognitive Responsiveness: differing from the concept of affective empathy, cognitive responsiveness pertains to one’s ability to cognitively understand the emotional state of others, while not necessarily feeling those emotions personally;

c. Egocentricity: the failure to pay any or, any sufficient, regard for the interests, beliefs, or attitudes others with focus directed largely onto one’s own beliefs and self-interests;

d. Interpersonal Manipulation: reflective of the individual’s expression of grandiosity, superficial charm and intentional deceptiveness in their day-to-day interpersonal interactions with others. A personality trait involving a tendency to manipulate others appears particularly important within the content of jury deliberations;

e. The juror’s place on the Acceptance of Modern Myths About Sexual Aggression Scale (AMMSA Scale) e.g. a belief that if a woman invites a man to her home for a cup of coffee after a night out this means that she wants to have sex.

There was substantial evidence found of high levels of rape myth bias, strongly suggesting that preconceived rape prejudices tend to have a significantly greater influence on verdict than had previously been thought. It must be borne in mind that rape myth attitudes largely sit below conscious awareness. They are mostly implicit and cannot simply be put to one side. In this sense they function similarly to racist attitudes. People who score highly on the Acceptance of Modern Myths About Sexual Aggression Scale might say, for example, ’I’m not saying she was asking for it, but ..’.

Latent profile analyses (a type of advanced statistical analyses that allowed us to group and then compare jurors who scored high, moderate and low in such traits against their verdict preferences) revealed that psychopathic personality traits were significantly associated with verdict decisions. Regression analyses (a statistical test examining the directional association between a group of variables (age, gender, rape myth acceptance scores) against a particular verdict outcome (verdict preference) showed that elevated rape myth acceptance scores were consistent predictors of not guilty verdict decisions. Interestingly, the reverse was also true: jurors who scored low in rape myth bias were much more likely to return a guilty verdict – despite having heard the same evidence in the same case.

What does all this mean? It would be unfair to say that no jury is ever capable of trying a rape case fairly: you might be lucky and get twelve jurors who are not psychologically predisposed to accept and act on rape myths. The research tells us that the problems come when jurors score highly in rape myth acceptance (or, alternatively put, those who hold the greater number of inaccurate assumptions surrounding what occurs in a rape). Such jurors are significantly more likely to disbelieve the complainant and return a Not Guilty verdict when asked on an individual basis pre-deliberation and when contributing to a group verdict post-deliberation. Out of a variety of different characteristics (including age, gender, level of education, parental status; psychological traits including self-esteem, interpersonal relations orientation, and crime specific attitudes namely rape myth acceptance) only one characteristic, namely rape myth attitudes, was directly related to the Not Guilty verdict preferences.

Ah well, you say: that’s why we have twelve jurors. All sorts of personal characteristics, such as varying degrees of individual education, social standing, and occupational status are responsive to group deliberation. But one personal characteristic stands out as being resistant to group deliberation, namely those jurors with the identified existing rape myth biases. In relation to their individual verdict decision only 13% of all jurors changed their minds after deliberation. Deliberation makes the impact of preconceptions especially significant.

The research showed clear evidence of a relationship between psychological make-up, in particular the crime specific attitudes jurors bring with them to trial, and verdict outcomes. It amounts to clear scientific evidence that in acquaintance rape trials, the low conviction rates may be better accounted for by rape myth acceptance than by any evidence-based conclusion that the complainant was lying or that the jury were simply not sure beyond a reasonable doubt.

*Willmott, D. (2018). An Examination of the Relationship between Juror Attitudes, Psychological Constructs, and Verdict Decisions within Rape Trials (Doctoral thesis). University of Huddersfield.

Nigel Booth, LLB (King’s College London, 1993) is a barrister at St John’s Buildings, Manchester. He was the external legal consultant on the research project
@boothybarrister

Daniel Boduszek, is Professor of Criminal Psychology at the University of Huddersfield