Julian Assange: peering through the murk

If Julian Assange is extradited to the United States and convicted of any of the charges he faces there – such as unauthorised obtaining of national defence information – the US government will let him serve his sentence in an Australian prison. 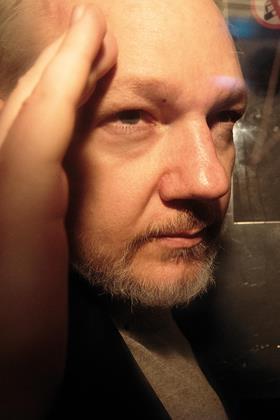 The US has also agreed that, as things stand, the Wikileaks founder will not be held at the administrative maximum security prison near Florence, Colorado, known as ADX. Nor will he be subject to special administrative measures designed to prevent the disclosure of classified information – such as limits on correspondence, visits and telephone calls.

But if, as Swift has held, the US has raised ‘arguable issues that should be considered at a final hearing’, lawyers with clients currently facing extradition to the US need to know – now – precisely what these are

This could be a game-changer. An application by the US government for Assange’s extradition was dismissed in January because a court in London had found it would be oppressive to extradite him to a country where he might face these restrictions. District Judge Baraitser was persuaded that if he was subjected to the ‘extreme conditions’ of special administrative measures, ‘Assange’s mental health will deteriorate to the point where he will commit suicide’.

But Assange remains in prison. The district judge refused him bail after the US government said it would seek to appeal to the High Court against her decision. And on 5 July Mr Justice Swift granted the US permission on three of the five grounds set out in its application for permission to appeal.

What were those? This is where the story becomes murky.

The judge’s two-page order, which has not been published but is readily available from the court, explains briefly why he refused the US permission to appeal on grounds 3 and 4. It says nothing about Swift’s reasons for granting permission on grounds 1, 2 and 5.

That’s not a problem as far as the parties are concerned: they know what the grounds of appeal were. And when the appeal is heard – this autumn or next year – we shall find out too. But if, as Swift has held, the US has raised ‘arguable issues that should be considered at a final hearing’, lawyers with clients currently facing extradition to the US need to know – now – precisely what these are.

Foreign governments seeking extradition are represented by the Crown Prosecution Service. I asked the CPS for a copy of the application they had filed for permission to appeal. They refused to let me see it. Instead, they suggested I asked the High Court. The court told me I needed to make a written application to the judge and pay a fee of £255. I was not willing to do so – it raises concerns about access to justice data that were the subject of an important report by the Legal Education Foundation last month – and I have not been able to get hold of a copy in any other way.

After further requests, the CPS agreed to send me an informal briefing note that had been supplied to other journalists shortly after Swift’s ruling. This note, which includes a minor inaccuracy, is the source of all media reports and legal commentaries on the judge’s ruling.

The first arguable ground, according to this note, was that Baraitser had made errors of law in applying the test under section 91 of the Extradition Act 2003. This says that if the physical or mental condition of a suspect ‘is such that it would be unjust or oppressive to extradite him’, the judge must either order his or her discharge or adjourn the hearing until he or she is better. We don’t know what Baraitser’s alleged errors were.

The second arguable ground is that, having decided that the threshold for discharge was met, Baraitser should have notified the requesting state of her provisional view and given the US a chance to offer assurances.

The third arguable ground – ground 5 – was that the US has now provided the UK with the assurances I summarised earlier.

The two grounds on which permission was refused related to the evidence of a defence psychiatrist and the risk of suicide. Swift said that Baraitser’s findings were reasonably open to her and her conclusions on the disputed evidence were also reasonable. The matters referred to in the application for permission to appeal – we have no idea what these were – ‘are no more than an attempt to re-run determination of the evidential disputes reached by the district judge’.

Nick Vamos, an extradition partner at Peters & Peters, said the apparent willingness of the US authorities to provide specific assurances – which they have resisted in the past – may signify the importance they place on this case. Alternatively, it may ‘simply be the US bowing pragmatically to the inevitability that bespoke assurances are now an indispensable part of many extradition proceedings’.

But it’s the details that matter: would Assange have to remain in the US pending any appeal, for example? It may be some months before we find out.