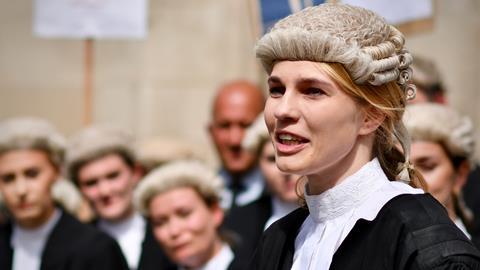 And who better to reveal the truth than the junior barristers whose livelihoods depend on being paid a fair wage. 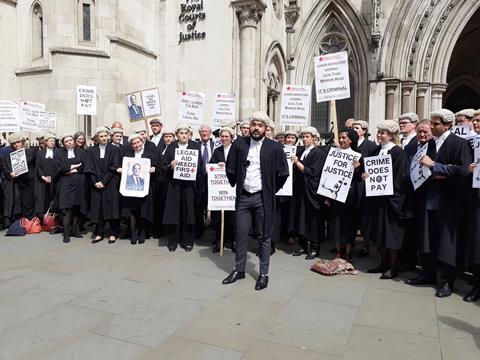 Kate invited justice secretary Dominic Raab to shadow her for a week. ‘I wake up at 5am. I work. I go to court. I work. I come home. I work. Sometimes I go days without eating properly because I don’t have time. We’re tired and we just want someone to listen.’

Emma, of seven years’ call, cannot afford to travel north to cover a case for £125 a day. ‘I come home with nothing in my pocket. I have to rely on my husband to pay the mortgage.’

Jordan qualified a year ago. In February, he had a case in Manchester for three days. He had to pay out of his own pocket for travel and accommodation. When he arrived at court on the first day, he was told the trial would be ineffective and it was adjourned for nine months.

More recently, he had to travel to Wolverhampton Crown Court for a sentencing matter. He received the papers at 6pm the day before. He went to bed at 1am and up again at 4.30am. When he arrived at court, he was told the client had not been produced from custody.

Hannah recently had a case involving a vulnerable client that lasted a year and involved seven hearings. The case involved a huge amount of written work as well as instructing various medical professionals. She received a grand total of £365, of which £50 went to a colleague who covered one of the seven hearings Hannah was unable to do because she had Covid. 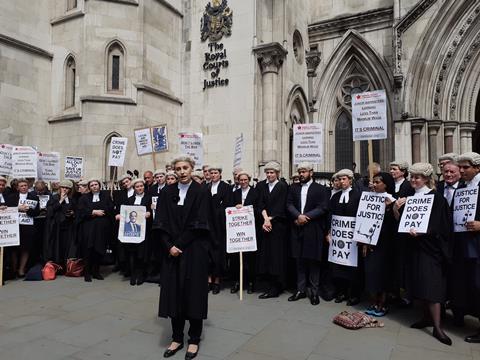 Chloe: 'All we want is to be treated with the respect we deserve'

Charlie, the son of an East London cab driver, went to state school. He worked in a supermarket and pizza delivery company to put himself through law school. He earned more working as a paralegal in a law firm than he does now. Working as a criminal barrister often involves not just huge amounts of time and energy, but personal sacrifices. ‘We pick up a case or papers at 6.30pm the evening before where we could be appearing that day at Crown court to represent a person charged with a serious crime, who faces going to prison or someone who suffered serious injury. We are parachuted into the worst day of someone’s life and this is what we are paid to do this job.’

Laura pointed out that barristers have to wear a ‘uniform’ that costs £1,000 and spent several thousands of pounds on bar training courses. ‘So hundreds of pounds before we have even got the job.’ In January she covered a case where the defendant was charged under the wrong offence. Her work resulted in the correct charge being brought. She worked out she had been paid the equivalent of £7.89 a hour, less than the minimum wage.

Two weeks into the first lockdown, Libby had to go to court on a Friday afternoon to look after a man who was mentally unwell and had no adult support. He tried to make a ligature from his clothes in the court cells. She was relieved that she was there for him that day. Her fee for the hearing? £50.

Chloe is £70,000 in debt and still lives with her mum in a council property. She spent 9 hours in court last week for a case that involved 15 hours of preparation. She was paid £150. ‘All we want is to be treated with the respect we deserve.’

Sidhu said the strikes could end within 10 seconds if Dominic Raab picks up the phone and signals that he is willing to talk. Secretary of state, it's over to you.