Youth Courts are retaining jurisdiction in ever more serious cases.The orthodox view is that Youth Courts are the right venue for under-18s. The 2017 Youth Sentencing Guideline states that ’young people should be tried in the Youth Court’ as it is ’best designed to meet their specific needs’. It now seems that unless there is a statutory bar to a Youth Court trial, as in homicide, then summary trial it will be. As a youth justice solicitor I think this is unfair. 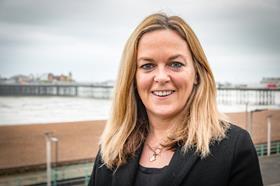 The latest quarterly MoJ figures show that 98% of defendants facing summary trial are convicted, compared with 81% who are tried by juries. The right to jury trial is the backbone of our criminal justice system. Adults choose or are sent to the Crown Court in either way or indictable cases. Under-18s have no choice and even in rape cases. it is now usual for them to have a Youth Court trial.

Youths do appear in the Crown Court when they are jointly charged with an adult. When this happens, all the arguments about the vulnerability of the youth defendant are overridden. The adult elects or is sent for jury trial and to avoid two trials the youth is sent, too. Youth defendants may have a number of cases on the go at the same time. This leads to another anomaly – simultaneous Youth Court and Crown Court proceedings. I recently represented a youth for robbery in a summary trial and for an attempted robbery in the Crown Court with an adult co-defendant.

Some district judges are now ticketed to hear rape trials in the Youth Court. A ticketed district judge must deal with plea before venue and usually the trial. A barrister who has acted for a number of these cases said this means ’a single person acts as tribunal of both law and fact’. He added: ’The effects of a rape conviction are too serious to be in the hands of one person.’

The shorter timetable for summary trials disproportionately affects the defence. The prosecution have as long as they want to prepare their case pre-charge. Defence funding is applied for post-charge. Youth cases can be complex, requiring experts and applications for third-party disclosure. I know of a recent youth case with just six weeks from first hearing to trial for rape. Despite protestations the trial went ahead.

Magistrates courts’ practice is not designed for more serious offences. There is an expectation that matters are fully case-managed at the first hearing and a trial date is set. The advocate in attendance may not have the requisite experience and very limited papers. Funding for a litigator and advocate (certificate for counsel), automatic in the Crown Court, is only granted for ‘grave and exceptional’ cases and, in practice, requires a written application.

The Youth Proceedings Advocacy Review commissioned by the Bar Standards Board and CILEx identified Youth Court advocacy as ’highly variable’. I have recently seen some more experienced advocates appear in Youth Courts, but reports are that they are unhappy at being paid a fraction of the Crown Court fee. A clerk for an experienced barrister, with a certificate for counsel, informed me that she was initially paid £392 for all preparation, conferences and two hearings for a rape case. Other advocates lamented that for a rehearing in the Crown Court, in effect a trial, the fee is £130.

I do not wish to denigrate Youth Courts. I have first-hand experience of excellent district judges, magistrates and youth offending teams. But it is still a summary jurisdiction, which is fundamentally unfair when prosecuting youths for serious crimes. This is even more so now it appears increasingly acceptable to commit for sentence. Crown Courts can and do hear youth matters. As Andrew Horsell of 3 Temple Gardens commented, ’proceedings in the Crown Court are easily adapted to make them less “scary” for young people. It is done all the time for witnesses and defendants.’

Under the guise of protecting youths, the reality is that for serious matters they are now in a worse position than adults. I am sure it is cheaper to have a summary trial but I don’t think it is better.

Sarah Smith is director at Tildens Ltd in Brighton