Justice is not about numbers, but some numbers cannot be ignored

The delivery of justice cannot be described in numbers. Other things are more important in a civilised society. The sacred presumption of innocence; the meting out of punishment; holding on to the possibility of rehabilitation - however unlikely that may sometimes seem; and, yes, even the very basic concept of fairness, make mere numbers seem brutish. 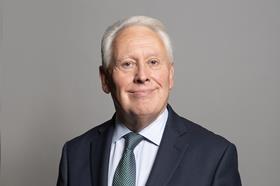 But there are some numbers which matter and which demand action. There is now a backlog of over 510,559 cases in the magistrates’ courts and over 41,000 in the Crown Court in England and Wales.

A lot of that backlog was on the books before the lockdown. Ten years of court closures, cuts to legal aid and slow progress on modernisation have left the justice system in a difficult place. But Covid-19 is making the list of unheard cases grow longer. The core problem is whether the courts have the capacity to get the backlog down over the coming months.

Today, the Justice Committee publishes a report on the impact of Covid-19 on the courts. It examines how the courts have adapted to the pandemic and raises a number of concerns about the government’s proposed recovery plan.

The courts began a modernisation programme in 2016, but the last three months have arguably seen more progress on modernisation than the previous three years. In the first week of March, when lockdown loomed, the number of court cases using audio or video technology was fewer than a thousand. By mid-April it was over 3,000.

These, too, are numbers that matter. They show that new technology has swept into courtrooms at remarkable speed.

But in truth we do not yet know how the Zoom era will affect the quality of justice. Remote hearings, where everyone is on a screen, are easier to run than ‘hybrid’ hearings - where some of the players are in courts, prisons or police stations. The tech has to be installed in various places and each bit of hardware has to talk over the ether to the rest.

The committee saw lots of evidence that vulnerable court users will face particular challenges if hybrid hearings become the norm. The Lord Chief Justice told us that for judges ‘the quality of the kit matters a great deal’. This is true for all court users.

Far more work needs to be undertaken to understand how audio and visual tech can be made to be fair and useful for all. The committee is very concerned that technology will become the default, without proper scrutiny or debate over the implications for access to justice.

On the back of the findings of its report, the Justice Committee is also launching an inquiry into court capacity. We have known for some time that the government is likely to agree to fund more court sitting days for 2020-21. However, more sitting days, extended court hours and the new tech are unlikely to be enough to deal with the growing backlog of cases. The committee wants to hear from lawyers and court users on what needs to be done to upgrade the capacity of courts to deal with cases efficiently and effectively in the short and long term.

We have to face the fact that the courts did not go into this crisis in a good state. The Lord Chief Justice told the committee that the consequences of underfunding of the administration of justice are ‘coming home to roost’. It has been disheartening to see that while business, property and the appellate courts have managed to operate at close to normal levels, the magistrates’ courts, the Crown court and the family court all have growing backlogs. The Covid-19 crisis has presented the government with an opportunity to transform the infrastructure of our courts for the long term, so that the next time we face a major crisis, all courts are able to deliver justice.