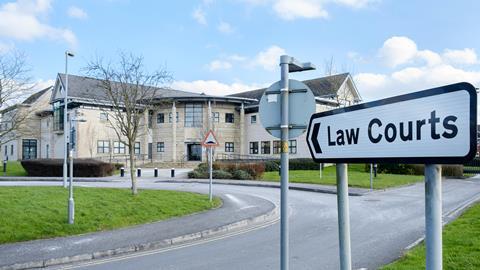 Emergency measures to reduce the court backlog suggest the government was wrong to close so many courts over the last decade, MPs have suggested in a report on the impact of the coronavirus.

The House of Commons Justice Select Committee welcomed the ‘rapid establishment’ of 10 Nightingale Courts. But it said the decision to open them should prompt the government to re-evaluate its estates reform programme.

‘The dramatic reduction in the size of the courts estate in England and Wales over the past ten years looks increasingly difficult to justify… Nightingale courts are described as temporary but HMCTS should explain the long-term role of supplementary venues and should also set out how Covid-19 will change the long-term approach to the estates reform programme,’ the report says.

On the future of jury trials, the committee welcomed the fact that the government is developing policy options but ‘we regret that this process appears to be going on behind closed doors through informal discussions rather than through a transparent policy process’.

The committee praised HM Courts & Tribunals Service, judiciary and court staff for maintaining significant levels of service since March and 'demonstrating how rapidly change can be successfully made'. However, Covid-19 should not be used as an excuse to bring in permanent changes without prior consultation or suitable evaluation of their effects.

Elsewhere, the committee highlighted several concerns about the absence of data. MPs said it was ‘remarkable’ that, in 2020, basic data was not available to the lord chief justice on how many cases are in progress and how many trials are due.

HMCTS is urged to set out how it intends to evaluate the practical and qualitative effects of the changes carried out in response to the pandemic. Urgent work must be done to identify the effects of increased use of digital technology on lay users, such as their perception of fairness of the proceedings and barriers to access.

Concern was expressed that 'as yet' there is no judicially or government commissioned review of the increased use of remote hearings in criminal cases during the pandemic.

The committee also announced an inquiry into how the delays in the court system can be addressed. It will review the practical experience of delays in the courts for lawyers, witnesses and defendants, and whether the increase of 4,500 court sitting days will be enough to clear the backlog.

The deadline for written submissions is 7 September.

Writing in the Gazette today, Sir Bob Neill, chair of the committee, said ‘we have to face the fact that the courts did not go into this crisis in a good state.’ However, the Covid-19 crisis presents the government ‘with an opportunity to transform the infrastructure of our courts for the long term, so that the next time we face a major crisis, all courts are able to deliver justice.’