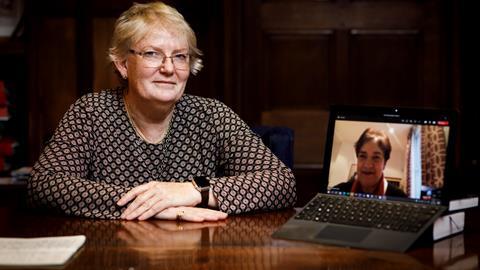 Law at Cambridge – why bother?

The Gazette has given a platform, on a fairly regular basis, to contributors who make the argument for alternative routes to the legal profession. For more than a decade, it has been argued that this is the way to deliver greater diversity in law.

The Solicitors Qualification Exam (SQE) has been designed with the intention of aiding this. Just before Christmas, I noted Conservative MP Bim Afolami urging more apprenticeship places on City firms, again with the aim of increasing the diversity of talent.

Readers will know the arguments, and they are valid. That clever people might not go to university because of caring responsibilities or cultural resistance by their family. That 17 going on 18 is young and some people develop later. That some schools are less good than others. A little experience of the world outside education – with law as a second career – may be no bad thing.

And then there is debt. The acres of debt that aspiring lawyers accrue on their journey to qualification.

Yet the advantages of a traditional route – via a top university – tend to be assumed. Interviewing the masters of two Cambridge colleges before Christmas, both of whom had qualified as solicitors, I didn’t want to assume. I wanted to hear the case they made.

I asked, not least, because with debt as a deterrent to traditional higher education, these colleges, and the law faculty, need to make that case to maintain and improve their own diversity.

What is their pitch to a student with two or three A-stars at A level who could secure an apprenticeship with a major City firm straight from school? He or she knows they want to be a solicitor so, pleasant as three years in Cambridge is, why stack up the debt?

‘I think it would be a terrible shame for students not to think that an undergraduate law degree gives you more than an apprenticeship might do,’ she opens. ‘It's not just the experience of being at university and the interdisciplinarity.’

Rogerson makes a case for the extra curricular experiences available at university, ‘whether it's the boat [club] or the theatre or the pro bono group … with other people your own age - exploring.’

She also makes the case for ‘the actual academic study of law’ as ‘valuable in and of itself… I'm not sure that you can really replicate that in a practical environment… You wouldn't have had an opportunity to do the whole of tort law, or the whole of private international law’.

‘The academic study of law of itself gives you a hinterland and a background and an understanding that allows you to really develop the principles … through all [the] distinctions and comparisons and analogues between crime, public law, contract, company law.’

‘I don't knock the apprentice routes,’ she adds. ‘I had several friends who have actually done very well not ever going to university. But I think it was a privilege for me to be able to do that, and what worries me is that people who can't afford to do it or are worried about debt won't be able to have that privilege.’

Loretta Minghella, newly installed master of Clare College, who herself went from Clare to Kingsley Napley, makes the case based on her on career and experiences.

‘The conceptual grounding and just the breath of grounding that we could have at university really helped me turn my mind from one kind of discipline to another, and I've found so much of what I learnt at Cambridge still stands me in really, really good stead,’ she says.

As chief executive of the Financial Services Compensation Scheme during the global financial crisis, she found herself ‘involved in areas of the law that are changing’ and valued ‘having a sense of how that is situated in overall legal structures and systems, having a sense of how other systems might work, just having that broader context has been enormously helpful’.

She relates, ‘social grounding, that conceptual grounding and just having a sense of law, both domestic and beyond, because you get that at Cambridge, I think is all something I wouldn't like, myself, to have given up’.

Does that stand up as an offer? There is an argument that we have trouble seeing past the ‘polish’ acquired at such a place – that the resulting blindness to other strengths leads to people promoting in their own elite image. Certainly, I’ve met lawyers who have gone this route and, to be frank, are a little limited by their sheltered life (comfortable family life, good school, Cambridge degree, City training contract).

But I have to say, the masters’ pitch rings true. SQE doesn’t remove the advantages of this education if you can take it.

Some benefits are not immediately obvious.

It’s 30 years since I went up to Clare College (albeit to study history), and while it’s always been a helpful ‘brand’ on the CV, as a newly minted graduate, I found friends and associates were useless in job and career terms.

But, to Minghella’s point, in my 40s, these people are doing interesting, influential and helpful things. They are the QCs, the equity partners, general counsel – heads, chiefs and directors of things, editors. They know things and they run things.

It’s not that the same benefits are impossible to achieve via alternative routes. But the challenge for those superintending alternative routes into the legal profession is to find ways to add such benefits to the bare requirements of qualification.

That is more than a nice-to-have. If you are diverting bright aspiring lawyers from a place like Cambridge, with the promise that another route can be as good for them, then providing such add-ons is a moral duty.