An unsung role of the Law Society is its litigation strategy of either bringing, or intervening in, court cases which are important for justice and the profession. Over recent weeks, this strategy has seen three significant successes, whose impact may have been blunted by the quiet of the summer holidays. 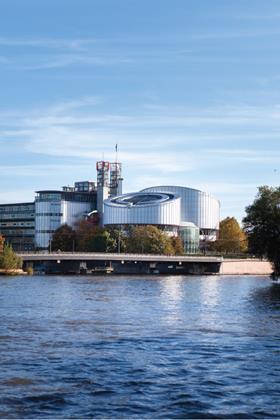 At the beginning of August, judgment was given in The Law Society, R v The Lord Chancellor ([2018] EWHC 2094 (Admin)). The Society had brought a judicial review against the lord chancellor regarding changes to the Litigators’ Graduated Fees Scheme (LGFS), a legal aid fee scheme for Crown court cases, after a proposal was implemented to reduce the maximum number of pages of prosecution evidence from 10,000 to 6,000. This would have resulted in a reduction in fees payable to solicitors.

Judgment was given on 3 August, granting the Society the relief it sought and quashing the 2017 regulations. The court did so on two of the grounds pleaded by the Law Society. First, it found that the decision to make the regulations was procedurally unfair, because of failure to disclose to consultees the analysis that formed the basis of the decision, thus depriving them of the opportunity to respond appropriately to the consultation. And second, the decision was irrational because the statistical reasoning used was fundamentally flawed. The decision to reduce the cap from 10,000 to 6,000 pages was therefore unlawful.

The second case was ENRC v Director of the Serious Fraud Office ([2018] EWCA Civ 2006) in the Court of Appeal. The Society had intervened to protect the scope of litigation privilege, and to seek to address the longstanding restrictions on legal advice privilege which are the legacy of theThree Rivers No 5 ([2003] QB 1556) decision. At the beginning of this month, the court upheld privilege as a fundamental right and a principle central to the administration of justice, along the lines argued by the Society (see also Legal Update, p25).

For instance, the court said that advice whose dominant purpose is to avoid legal proceedings, or which is given with a view to settlement, is as much protected by litigation privilege as advice given for the purpose of defending such proceedings. The court saw force in the arguments for departing from the Three Rivers reasoning, and would have done so had it not felt bound by precedent.

The final significant case was Big Brother Watch and Others v the United Kingdom, (application nos. 58170/13, 62322/14 and 24960/15), a case on mass data surveillance following the Snowden revelations, which was heard in the European Court of Human Rights (ECtHR) (pictured). The case was joined with two other cases raising similar issues (Bureau of Investigative Journalism and Alice Ross v UK and 10 Human Rights Organisations and others v UK).

The ECtHR had earlier granted the Law Society permission to make written submissions focused on legal professional privilege. This was not at the centre of the case, although of course important for lawyers and justice. The Society was one of a long list of interveners and the only professional body for lawyers to be represented (the others were mainly human rights or journalist organisations). This case is therefore different to the other two in that its focus was much less directly related to our professional concerns, but rather of a more general societal nature.

In a long and complex judgment on 13 September, where a number of the court’s findings were by majority vote, it decided that some aspects of the UK’s surveillance regimes violated the European Convention on Human Rights (Articles 6, 8, 10 and 14 were in play). Effectively, a limit was put on the extent to which states can mount surveillance over their citizens. There is the possibility of an appeal to the Grand Chamber of the court. An extensive jurisprudence of the court on state surveillance already exists, and there are more cases coming – for instance, a dozen applications by lawyers, journalists, and others regarding the French Intelligence Act of 24 July 2015, which also concerns electronic surveillance measures.

Strategic litigation is a successful function of the Law Society, of direct benefit to members’ practices and reputations. And that is not the end of it. Whether the Law Society has intervened in a case or not, it often has to issue guidance to the profession after court judgments which affect lawyers directly – for instance, after the recent Court of Appeal Dreamvar judgment on a fraudulent property purchase, or the first-tier tax tribunal Brabners judgment on VAT on property searches.

A more widespread communication of these achievements will help solicitors better understand the Law Society’s fulfilment of its role on their behalf.