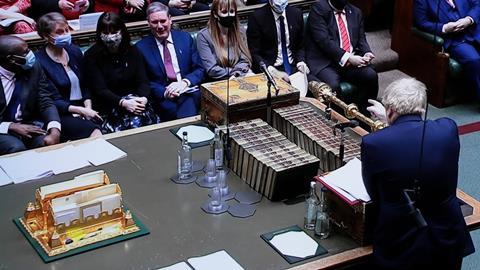 Lawyer or leader? Obviously the best answer is to be both

Boris Johnson regularly mocks Labour leader Sir Keir Starmer for his past career as a lawyer. Given the prime minister’s office is currently being investigated by the Met Police over potential Covid breaches, it’s a bold strategy to continue alienating the legal profession.

But something seemed to strike a nerve with Johnson’s latest barb at the legal community, after he told PMQs on Wednesday that Starmer was a ‘lawyer not a leader’. MPs sitting behind him cheered the jibe heartedly, which was curious given how many of them are lawyers themselves.

The legal backlash was pretty much universal, with many in the profession wondering why they always seem to be the punchline, and others asking whether the comment even made sense.

Indeed, the whole line of attack was difficult to understand. Are lawyers not capable of being notable leaders? The likes of Mandela, Gandhi, Lincoln and Obama would presumably disagree (the addition of Lenin to the list of great lawyers, as suggested by shadow attorney general Emily Thornberry, might be a little more contentious). The longest serving prime ministers in the past 130 years have both been lawyers, and those Conservative MPs cheering Johnson’s words would no doubt take umbrage at someone else attacking barrister Margaret Thatcher’s leadership credentials.

The generalisation of lawyers is of analytical, pragmatic and instinctively cautious individuals. These traits might have been useful in, say, a global pandemic. The country could also probably have done with an advocate prepared to stand in front of the country and convince them their course of action was correct.

Even in non-pandemic times, the qualities of a lawyer are mostly those you would want of a leader. The last solicitor to take residence at number 10 Downing Street, David Lloyd George, was reputed to have said that ‘the finest eloquence is that which gets things done’, and there is something to be said for a diligent leader who places business over bluff (that’s not to say lawyers are not capable of rhetoric themselves, as barrister Tony Blair amply demonstrated).

It’s probably best not to get too precious about Johnson’s constant barbs about lawyers. These are testing times for the prime minister, who will jump on anything to deflect attention away from his own predicament. The legal profession is one of the UK’s greatest exports and continues to thrive in good times and bad, so its leaders by extension must have plenty about them.

The evidence of great lawyer leaders is overwhelming. Perhaps the best thing Boris Johnson could do would be to sign up for a law degree himself.