The erosion of professional secrecy ‘for the public good’ bodes ill for lawyers.

You don’t need a crystal ball to predict the future, only a sense of patterns that form and then grow in strength. There have been recent developments in the field of banking and taxation which make me wonder about our own future. Of course, these changes – which will harm our core values – are always undertaken for the benefit of the common good.

First come the banks. Last month, Luxembourg agreed to end its bank secrecy rules from 2017. Luxembourg’s banks hold deposits worth 10 times the nation’s annual economic output. A new international standard on the automatic exchange of information on accounts held by natural persons will be phased in around the EU, starting in 2017.

Austria is now the only EU member state which will allow an EU citizen to open a bank account in another member state without the tax authority in that citizen’s country of origin being informed. Its finance minister announced that the country could not manage the 2017 deadline, but might achieve exchange of bank information by 2018. The EU’s tax commissioner announced that ‘bank secrecy is dead’.

Beyond the EU, the OECD announced last month that 51 countries around the world had signed an agreement to activate automatic exchange of financial information. The trigger was the US’s Foreign Account Tax Compliance Act (FATCA), which requires non-US institutions to provide US tax authorities with data on accounts since 2010. The ending of bank secrecy is of course welcome, because it allows governments to track criminal activity.

Next comes tax secrecy. Its unravelling involves Luxembourg, too, but in a different capacity. You might remember that newspapers recently leaked a range of Luxembourg tax rulings that revealed how more than 300 multinationals had moved profits through the country, in order to reduce tax bills. The new president of the commission, Jean-Claude Juncker (pictured below), was Luxembourg’s prime minister throughout this period.

He has been considerably embarrassed, and so in recent days has pushed for a system of automatic exchange of information between tax administrations on the often secret tax rulings that are issued in advance to clarify the tax treatment to be given to corporations. This practice, which can provide multinationals with a legal way to cut bills, is used in 22 member states. So, farewell tax secrecy. The ending of tax secrecy is of course good, because it will stop mass avoidance of taxation by multinationals and benefit public exchequers. 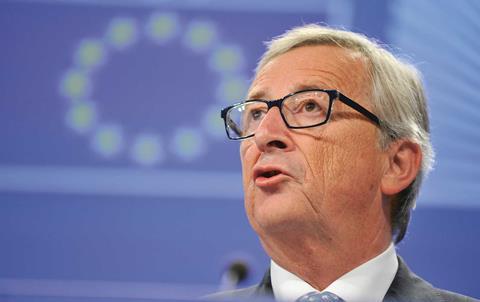 Finally, we come to lawyers. We are incidentally affected by some of the above rulings; for instance, pooled client accounts may be caught by FATCA and other automatic information obligations. But that is not the real development. Banking secrecy and tax secrecy have disappeared, as I have stressed, for the implementation of a public good. Look around at recent developments in the legal profession and you will see every day more inroads into lawyers’ professional secrecy – also for the public good.

I can list three off the top of my head: money laundering legislation, to stop the financing of crime; mass government surveillance, to keep us safe from terrorism; lobbying registers, to stop non-transparent influencing of governments. At the moment, the activity is sporadic and disorganised. Governments have not come together to act in concert against lawyers worldwide, as they have done against banks and tax rulings.

This raises the question of the nature of lawyers’ professional secrecy. Is it different from banking and tax secrecy? To have one’s bank and tax affairs kept secret is a matter of courtesy and data protection. But lawyer-client confidentiality is tied to the rule of law itself.

To take the most extreme example, lawyers representing clients in a case involving the government – either civil or criminal, as for instance on behalf of a high-profile alleged terrorist – have a right that their communications with clients are kept confidential, to ensure the right of that client to consult a lawyer in confidence, and to ensure equality of arms. There is nothing equivalent in constitutional weight in either banking or taxation.

It might be argued that an ordinary conveyancing case does not raise the same rule of law arguments. So why should lawyers’ professional secrecy be universally applied to all lawyers’ activities? The answer, as is well known, is because it is impossible to tell in advance what client secrets might be of interest to governments, or any other third party, even in a conveyancing case. Therefore, the protection should apply to all areas of legal work.

We must make sure that, after banks and taxation, lawyers are not the next in line. It should be made clear that, as with pregnancy, it is impossible to have half-secrecy. Our clients deserve protection, even when the implementation of the public good is concerned.

Jonathan Goldsmith is secretary general of the Council of Bars and Law Societies of Europe, which represents around a million European lawyers through its member bars and law societies. He blogs weekly for the Gazette on European affairs