Safeguards apply when the security services intercept information protected by privilege, but are they adequate?

The spooks must be feeling pretty sore. This month, after a year’s badgering, Britain’s security and intelligence services finally revealed the safeguards they apply when intercepting lawyer-client communications. And then the agencies were castigated for not doing enough.

MI5, MI6 and GCHQ (pictured below) allowed tantalising glimpses of their secret policies in response to legal action by a former Libyan dissident. Abdel-Hakim Belhaj, now a politician, accuses British intelligence of complicity in his abduction and rendition to Tripoli, where he says he was tortured under Colonel Gaddafi’s regime. Late last month, the Court of Appeal refused to allow the agencies to shelter behind the so-called ‘act of state’ doctrine, something of a setback for ministers unless the decision is overturned on appeal.

After revelations last year by Edward Snowden, Belhaj’s London solicitors became concerned that emails and calls to their client in Tripoli might be intercepted by the very people they were suing. In the hope of finding out whether the agencies were taking an unfair advantage, Leigh Day started proceedings at a special court called the Investigatory Powers Tribunal.

To begin with, the agencies insisted that providing any information about their procedures would damage national security. Then came the U-turn. They released selected extracts from staff instructions: some verbatim (though retyped) and other passages summarised (or ‘gisted’, as it’s called).

Section 10 of the Police and Criminal Evidence Act 1984 says that items subject to legal privilege include ‘communications between a professional legal adviser and his client’ – though ‘items held with the intention of furthering a criminal purpose’ are not covered. That definition of legal professional privilege (LPP) is used by MI5 as the starting point for its guidance to in-house lawyers. They are told: ‘Material subject to LPP is among the most sensitive sorts of information that may be obtained by the Security Service. The confidentiality of lawyer-client communications is fiercely guarded by the law and any departure from it in the national security context must be narrowly construed and strictly justified.’

So far, so good. MI5 staff are told that possible LPP material should be sent straight to the service’s in-house lawyers instead of to the ‘desk’. Because those lawyers may find it difficult to advise whether particular material – ‘often a transcript of a telephone call’ – is privileged, they are told to ‘seek additional context from the desk (and, where relevant, the transcriber)’. If still unsure, they should err on the side of caution, ‘given the potentially grave repercussions of getting the decision wrong (eg a successful abuse of process argument at a trial in which the material is relevant)’. 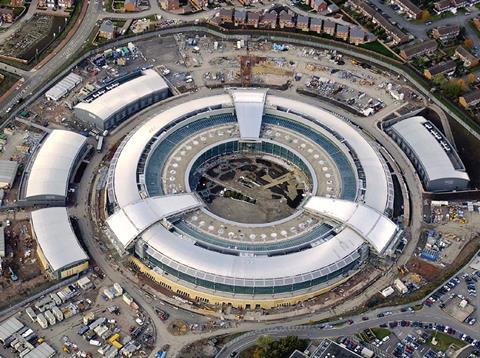 Although privileged material cannot be disclosed to prosecutors or even referred to in court, ‘subject to the normal requirements of necessity and proportionality, LPP material may be used just like any other item of intelligence, eg to generate enquiries, mount a surveillance operation or task an agent’. But in-house lawyers must ensure that any disclosure outside MI5 is justified under the Security Service Act 1989.

Guidance produced for the intelligence service MI6 says that, during the course of any interception operation, material subject to legal privilege must not be transcribed, retained or copied unless it is necessary in the interests of national security or one of the other purposes authorised by the Regulation of Investigatory Powers Act 2000. A senior legal adviser will ensure that LPP material is not distributed to those dealing with an operation unless there is an ‘overriding intelligence requirement’ or staff are at risk from ‘extremists’.

Analysts working for the eavesdropping centre GCHQ are told they are responsible for the legality of their targeting ‘until a selector is deactivated’. A selector, it seems, can include a phone number or email address; a soft selector may be a word or phrase of interest.

Because of LPP, analysts must give ‘careful consideration to necessity and proportionality’ when targeting the communications of lawyers. Before doing so, analysts must have reasonable grounds for believing that lawyers are acting against the interests of national security or the economic well-being of the UK. A team at GCHQ is responsible for ‘sensi-checking’ sensitive LPP material.

No doubt the agencies believe these policies strike a fair balance between maintaining national security and ensuring that their litigation teams are not given an improper advantage. Allowing unmonitored conversations between targets and their lawyers could be too great a risk. But there has already been one case where ‘the potential for tainting was identified’.

Belhaj’s lawyers want ‘proper Chinese walls’ within the agencies to ensure that ‘events’ data – the fact that a meeting has taken place or that a call has been made – does not leak across. And the agencies should establish robust systems so that lawyers can give their clients confidential advice.